Upper Linthwaite was one of the three hamlets within the Township of Linthwaite, the others being Lower Linthwaite and Middle Linthwaite. The hamlet was part of the Honour of Pontefract.

The 1854 O.S. map shows that there were two detached portions of land that were part of the hamlet — one adjoining Golcar and the other adjoining Lockwood and South Crosland.

Situated within the hamlet was the habitations of Hey and Linthwaite Hall. 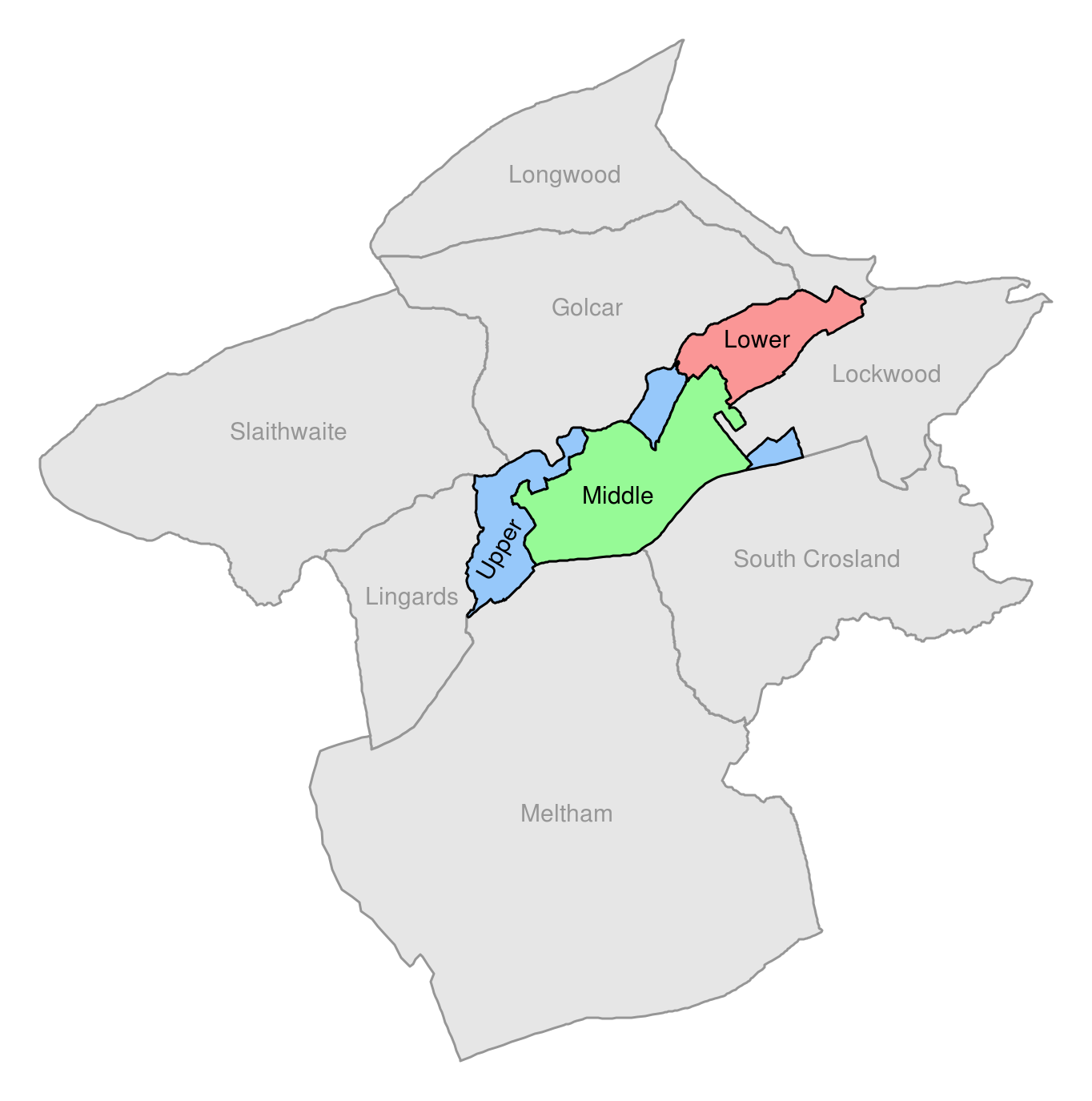