The first licensed premises to be built on Castle Hill opened circa 1810, most probably with an alehouse licence rather than a full innkeeper's licence.

During construction of the foundations, "a winding staircase was discovered" but this was seemingly not explored and was likely infilled.[1] The single-storey premises — most likely a small alehouse — was laid out in a "L" shape and seemingly offered little to visitors, as it was noted in 1851 that "the public were crying out for accommodation and for proper places of refreshment" on Castle Hill.

The 1841 Census recorded the licensee as publican Richard Ainley (aged 40). The 1851 Census suggests that the premises only held a beerhouse licence as Richard's widow, Elizabeth "Betty" Ainley was named as a "beer seller".

At the Brewster Sessions of 1851, an application was heard on behalf of Elizabeth "for a license for a new house to be erected on Castle Hill".[2] Delays in the construction of the Castle Hill Hotel meant that it eventually opened in 1854. The earlier premises was then reopened as a "Temperance Hotel" by the summer of 1855[3], which led to the licensee of the new hotel complaining that non-alcoholic refreshments were being sold by the former outside of licensing hours.

It is believed that the first building was later purchased by the owners of the new hotel and was used for stabling and storage. The 1959 O.S. Town Plan marked the main part of the building as a "ruin". The remaining portion had been demolished by the late 1970s.

This 1912 photograph from the Kirklees Image Archive shows both the Castle Hill Hotel and the earlier premises (shaded in orange). 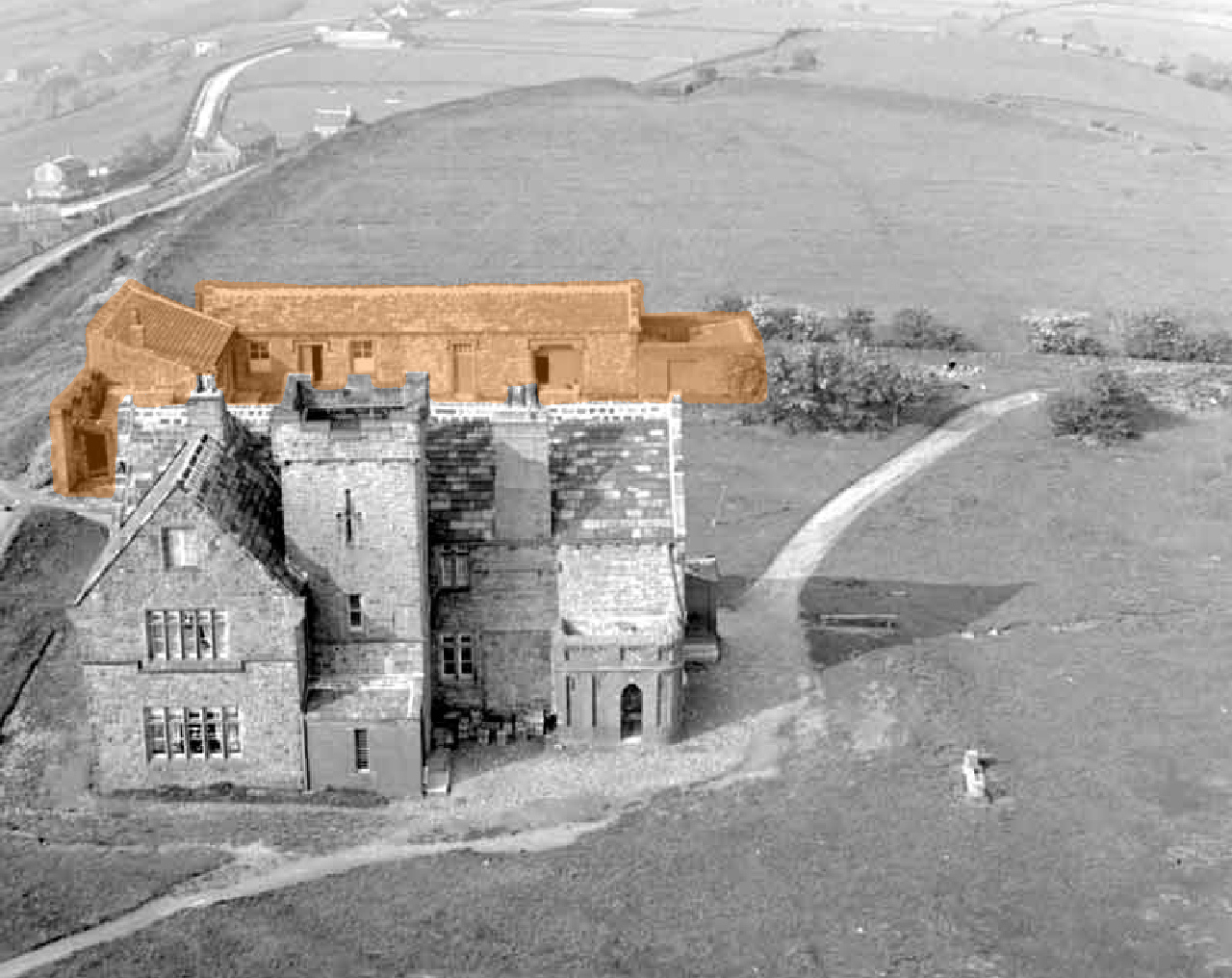