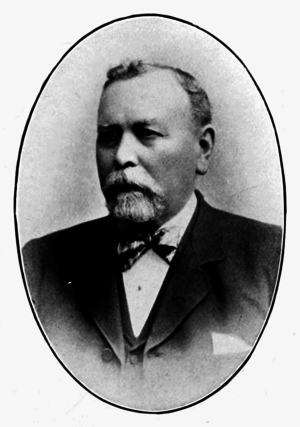 On Tuesday morning died one of the best of our well-known citizens, Mr. Edwin Swift, at his residence, Roadside, Milnsbridge, Linthwaite, at the age of sixty years, honoured and respected by all. The deceased gentleman leaves a widow and an up-grown family to mourn his irreparable loss, and a district to be all the poorer through his departure to the “Better Land.” For a long time it has been seen that Mr. Swift has not been very well. About four years ago he had a great shock by the death of his favourite son Fred, a lad beloved by all, a great acquisition to the Linthwaite Band, and possessing a talent almost equal to his father, with more favourable opportunities of developing the name, and had at the time of his demise won not only honour at home, but a great position in Scotland. This great loss told and hurt, but still Mr. Swift did not lose head or heart, but went on with his work to drown his sorrows.

For last September — Belle Vue contest — he had doubly prepared the Linthwaite Band, and with their new instruments he was expecting great results, and when the two first prizes were given to one eminent conductor, and again in London, a month after, the first and second prize to another who had failed at Belle Vue, it was a case of fairly putting out Mr. Swift’s pipe — food for reflection, and a cause of great disappointment to many good supporters of bands — but Edwin opened not his mouth; still it told, and he was greatly disconcerted.

Only few knew of Mr. Swift’s illness; indeed, he did not know himself, for only the other Sunday, when the writer went to see him for the first time, he jokingly remarked that he was going to cheat the doctor and hoped to be soon well again. But, alas! the hopes of man are often doomed to failure, and when Dr. Macgregor saw him on the Monday he could offer no cheering hope, and after this the spirit of the subject of our notice drooped to hopelessness. On the Wednesday early in January he took to his bed, on which he peacefully lay until death stole his gentle spirit away, as above stated.

Mr. Edwin Swift was a great honour not only to the sons of toil, but to every class. A lad from the loom, who, mostly self-taught, had climbed to the highest rung of musical fame in the brass band world. No one was more popular at the welcome concerts in the park during the lovely summer months each year with Wyke and Linthwaite. What he has done for the latter can never be forgotten.

In the “Slaithwaite Notes” these things have been told with glowing enthusiasm by a friend from youth upwards, who has been true till death, and now mourns for him as a verra brother.

During his time Mr. Swift has clone many things — commencing a boy as a flautist (under the late Mr. Thornton, of the New Street Temperance Hotel), a member of the Linthwaite Drum and Fife Band, then a woollen weaver, and when at home studied music. He soon discarded the flute and took up the horn, became a good player, and then joined the Linthwaite Band, which was just becoming popular, under Mr. J.S. Jones, the Harrogate bandmaster for so many years — the father not only of bands in Yorkshire, but the proud paternal father of sons and daughters of musical geniuses. From this gentleman Mr. Swift learnt much, became second conductor of the band (under Mr. Jones), and when the latter retired became first, a position he has retained to the time of his lamented death. It is no exaggeration to say that nearly all the first-class bands of the day and yesterday have greatly benefited by his wonderful teaching — Leeds Forge, Golcar, Holme Mills, Mossley, Mirfield, Dewsbury, Wyke, Linthwaite, Todmorden Old, Cornholme, Lindley, Honley, Oldham, Rifles, Kingston Mills, Denton Old, and hosts of others too numerous to mention — not only this, but his masterly compositions and clever arranging of music for bands in contesting and otherwise. He was self-taught, had great natural abilities, which brought him to the top of his profession. He was ever liked as a judge, because he was fair, able, and honest, and when contesting the same. And what fights they were in the long time ago, especially between Meltham and Linthwaite! No complaining when he had lost, as was often honestly the case, nor even when (as was sometimes though) he had been cruelly robbed of a well-earned prize. This latter kind of thing has always told adversely on bands and their supporters, and if too often indulged in would seriously endanger contesting, and will lose many friends. So that to-day we have not the rosy morn of bands, which are still the proudest products of Lancashire and Yorkshire, and may they long retain their pre-eminence, and young men rise to fill up the wide gap created by the removal of this faithful friend and brother, and that those who struggle so hard to be first may always get that place honestly; then bands will come back with all that place of honour and position to which they are so eminently entitled by their great merit and ability.

Many were the signs of regret and sorrow on the occasion of the late Mr. Edwin Swift’s funeral, which took place at the Wesleyan Chapel, Linthwaite, on Friday afternoon last. The weather could scarcely have been more wretched, as rain fell incessantly during the whole of the afternoon; but, despite this, an immense number of people either witnessed or took part in the mournful procession. The funeral cortege was formed at the deceased’s house at Milnsbridge, and wended its way along the plain and unsheltered Manchester Road in the blinding rain. Heading the’ procession were the members of the Linthwaite Brass Band in uniform, with whom were many members of the Wyke Band, and other musicians from the Lindley, Almondbury, Gainsboro’ Britannia, and Gainsboro’ Volunteer Bands, in ordinary mourning. With muffled drums the large body of instrumentalists played Handel’s “Dead March” all along the route, and lent a very melancholy air to the proceedings. Following the hearse came the carriages, in which were the widow, three sons, and three daughters of the deceased, and other relatives. Several members of the Linthwaite Brass Band Committee were in attendance, and old players in the band were represented by Messrs. John Beaumont, Henry Oldham, Oliver Pogson, and James Garside, tog-ether with an old secretary, Mr. B. Holroyd.

Amongst well-known conductors, bandmasters, and representatives of bands were Messrs. John Gladney (Manchester), T. Valentine (conductor of Harrogate Borough Band), Albert Gray (conductor of the Northern Military Band, Manchester), Fenton Renshaw (Brockholes), B. D. Jackson (Dewsbury), John Paley (conductor of Shipley Band), John Riley (Gainsboro’ Volunteer Band), J. Bromley (Batley Old Band), Harry Bower (bandmaster of Black Dike Band). William Lumb and P. Turner (Wyke Band). Cooke (Gainsboro’ Britannia Band), Ashworth and Rushton (bandmaster and secretary respectively of Eagley Mills Band), and John Brook (bandmaster of Thornhill Band), Messrs. Richard Stead (Slaithwaite), and Edwin Stead (Meltham), former members of the old Meltham Mills Band, were present. Mr. T. Slatford also represented the well-known firm of Messrs. Besson and Company, London (who supplied the Linthwaite Band with their new instruments), and Mr. J. Eaton represented the Cornet, whilst a deputation attended from the Milnsbridge Liberal Club, of which the deceased was a member. Councillors Lawley and J. Milnes, Messrs. A.J. Haigh, J. Wadsworth, and A. Broadbent joined in the procession. Blinds were drawn at many houses along the route, and the knots of people assembled to witness the procession, whilst many followed the cortege to Linthwaite. The Rev. S.C. Hall met the mourners at the chapel, and was joined by the Rev. J. Short, of Milnsbridge. The coffin, upon which were placed the family wreaths, was laid in front of the communion rails. The Rev. S.C. Hall read the opening sentences of the service, and Mr. J.T. Bramley played on the organ Mendelssohn’s “Rest in the Lord.” The hymn “Rock of Ages” was pathetically sung by the congregation, and the two ministers read portions of Scripture, after which Handel’s “Dead March” was played by Mr. Bramley. The coffin was then borne to the grave, where the rest of the funeral service was conducted by the two ministers, and the augmented band played “The Last Wish” twice through. The coffin, which was of solid pitch pine with brass mounts, bore the inscription: “Edwin Swift, died February 9th, 1904, aged 60 years.” A sorrowing look into the grave, where other departed members of the family are also interred, was taken by the mourners, who then departed. There was a very large number of floral tributes, and in addition to those sent by relatives of the deceased, wreaths were sentbv the Linthwaite Brass Band Committee, Wyke and Eagley Mills Bands, Mr. John Taylor (Ball Royd, Longwood), Mr. and Mrs. Holdsworth (Middlesbro’), Messrs. Besson and Company, Mr. lies (proprietor of the British Bandsman), Messrs. Hodgson and Company (Huddersfield), and Mr. W. Rimmer (Southport). The messages of condolence received, which were very numerous, included letters from the Contest Committee, Abergavenny, South Wales and Monmouthshire Brass Band Association, Ferndale Prize Band, Mr. G.T.H. Seddon (London), and Mr. John Dixon (representing Messrs. Boosey and Company, of London), all of which were handed to the family by Mr. Richard Stead.

Slaithwaite Notes: Past and Present (1905) by John Sugden

Pages with Public Domain content
This page was last modified on 13 October 2018 and has been edited by Dave Pattern.