The responses given by William John and Edward Kent of Blackmoor Holme Mill, Slaithwaite, are reproduced below. 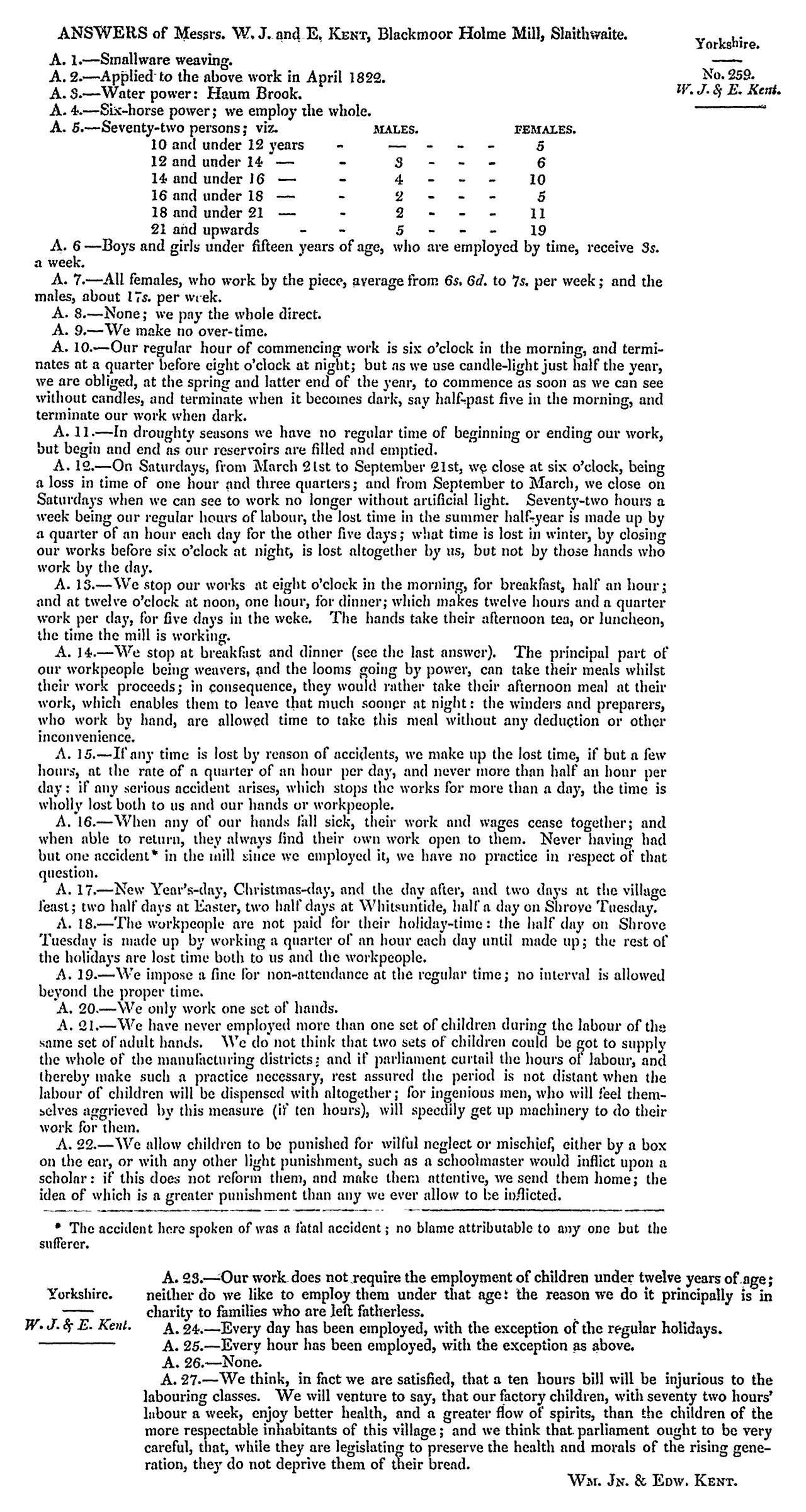