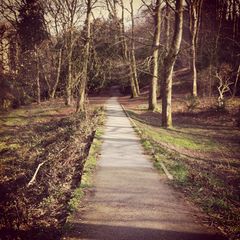 Also known as the "People's Pleasure Grounds", the Pleasure Grounds in Meltham are a scenic wooded park laid out by landscape gardener Joshua Major in 1858 on land owned by Charles Brook.

The grounds lie between Mill Bank Road and Acre Lane, following the route of Thick Hollins Dyke (which eventually becomes the Mag Brook), and were likely opened to the public in the summer of 1859.[1]

Annals of the Church and Parish of Almondbury, Yorkshire (1882) by Charles Augustus Hulbert contains the following description:

The Grounds were laid out by Mr. Major, the celebrated Landscape Gardener, and are not only picturesque to the eye but beneficial to the health of those who resort to them ; and have now, in above twenty years growth, attained a degree of perfection and beauty to which their natural situation, though very near the Mills, has evidently conduced. Here the weary Mechanic and his family may recreate amidst the beauties of nature, and reflect that a principle of Divine love, far higher than nature, has spread this little Eden.

At the south-western end, the Pleasure Grounds bordered Brook's Meltham Mills Convalescent Home (opened 1871) and, at the north-eastern end, by Meltham Mills. This 1907 map shows the grounds shaded in green, with the centre of Meltham (Market Place) shown in red: 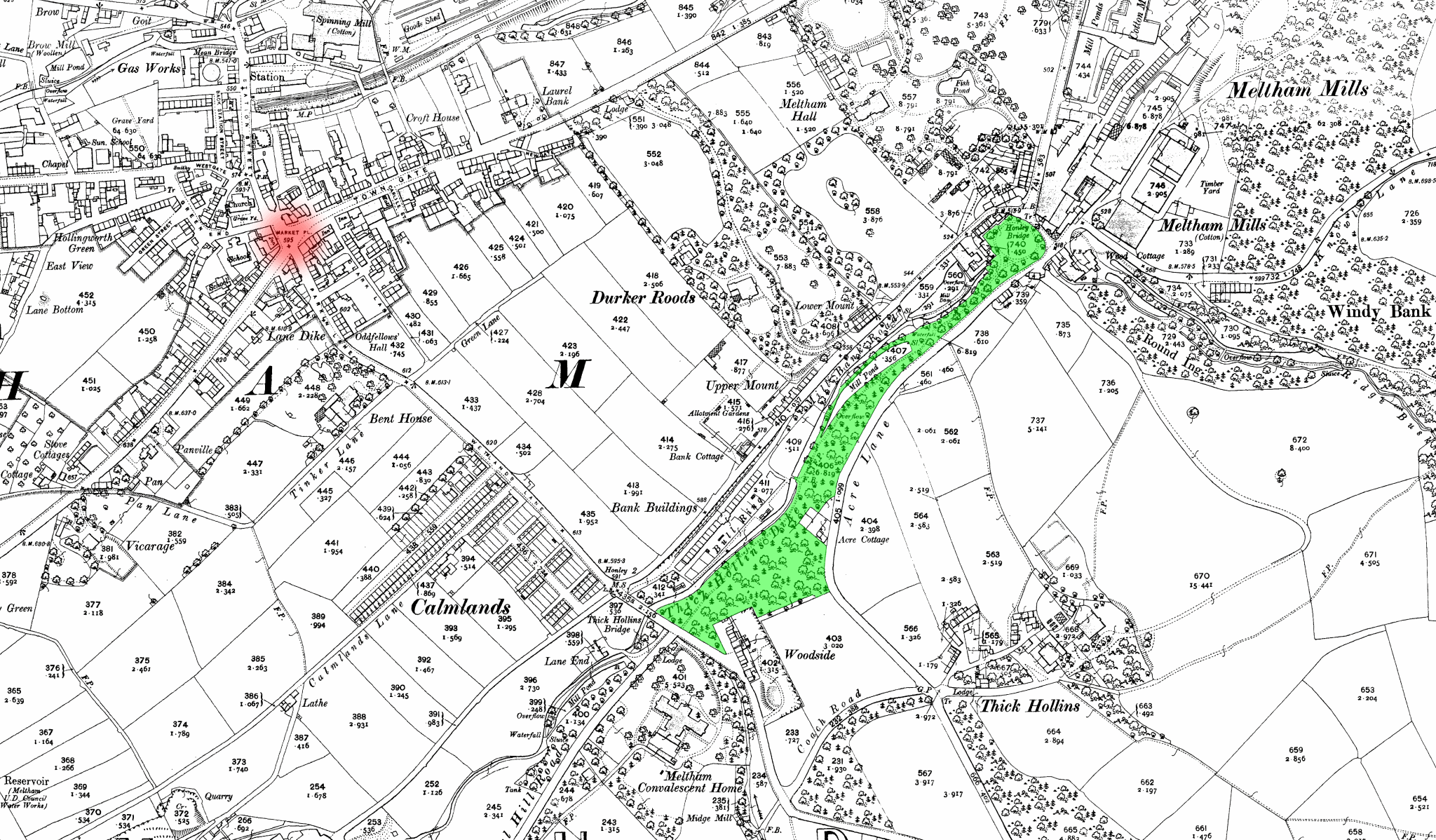 An article from 1894 describing a walk to Wilshaw, published in the Huddersfield Chronicle, contained the following description of the Pleasure Grounds:

These, too, must be seen to be fully valued. There is a charm about the trees just now that is entrancing. The Mag stream, so clear, so sweet, is laughing as it rolls past rocky obstructions and gambols over the weir. When you think of what it will be before it embraces the Colne you shudder, but feel some relief in the reflection that it, at any rate, has a pure birth, and that were it not for the bubbling springs that remind the Holme and Colne of their virginity the hope of their recovery would be gone. 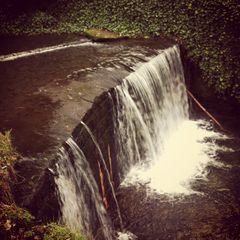 The grounds became a popular destination for church groups during the annual Whitsuntide festivities and it hosted occasional concerts by the Meltham Mills Band.

The grounds remained private property until they were eventually donated to Meltham Urban Council in May 1944 by United Thread Mills (who had taken over Jonas Brook and Brothers in 1890).

The Pleasure Grounds are part of the Meltham Way walking route and are currently being restored by the Meltham Walkers are Welcome group.

Locations on the Meltham Way | Parks and pleasure grounds
This page was last modified on 6 January 2019, at 15:57.