UNDER CONSTRUCTION!
This page is currently under construction and isn't complete yet!

Linthwaite is a township in the parish of Almondbury, nearly adjoining to Slaithwaite ; and its staple manufactures are of the same character as those that prevail in that chapelry. A new church was erected near Broad Oak, about the centre of the township, by aid of a government giant, in 1828 ; and, shortly after, a national school was established. Two chapels for particular baptists, and the like number for Wesleyan methodists, are in this township, which also embraces part of the populous hamlet of Milnsbridge.

LINTHWAITE, a chapelry, in the parish of Almondbury, union of Huddersfield, Upper division of the wapentake of Agbrigg, W. riding of York, 4 miles (S. W. by W.) from Huddersfield; containing 2710 inhabitants. The chapelry consists of the chief part of the township of Linthwaite, and a small portion of that of South Crossland. The township of Linthwaite is on the Huddersfield and Manchester road, between the two branches of the river Colne; and comprises by computation 1300 acres. The inhabitants are chiefly employed in the numerous factories established for the manufacture of woollen-cloth, which is carried on to a great extent; and there are several large quarries of stone for building and other purposes. Facility of conveyance is afforded by the Manchester canal, which passes through the township. The chapel, now a district church, dedicated to Christ, was erected in 1828, at an expense of £3000, raised by subscription, aided by the Parliamentary Commissioners; it is a handsome structure in the later English style, with a square embattled tower surmounted by a spire, and contains 800 sittings, of which 200 are free. The living is a perpetual curacy, in the patronage of the Vicar of Almondbury, with a net income of £150; impropriators, the Governors of Clitheroe grammar school. There are places of worship for Baptists and Wesleyans.

LINTHWAITE, a township and a chapelry in Almondbury parish, W. R. Yorkshire. The township lies on the river Colne and the Manchester canal, near Golcar r. station, 4 miles SW of Huddersfield; carries on largely the woollen manufacture; and has a post office under Huddersfield. Acres, 1,334. Pop. in 1851,3,802; in 1861, 4,300. Houses, 850. The property is much subdivided. Good building-stone is quarried.—The chapelry was constituted in 1842, and is less extensive than the township. Pop. in 1861,3,144. Houses, 623. The living is a p. curacy in the diocese of Ripon. Value, £150. Patron, the Vicar of Almondbury. The church was built in 1828, at a cost of £3,000; and is a neat edifice with tower and spire. There are chapels for Baptists, Wesleyans, and Free Methodists, and national and Wesleyan schools.

The extent of the Civil Parish of Linthwaite (compiled from O.S. maps of the early 1890s) is shown below. 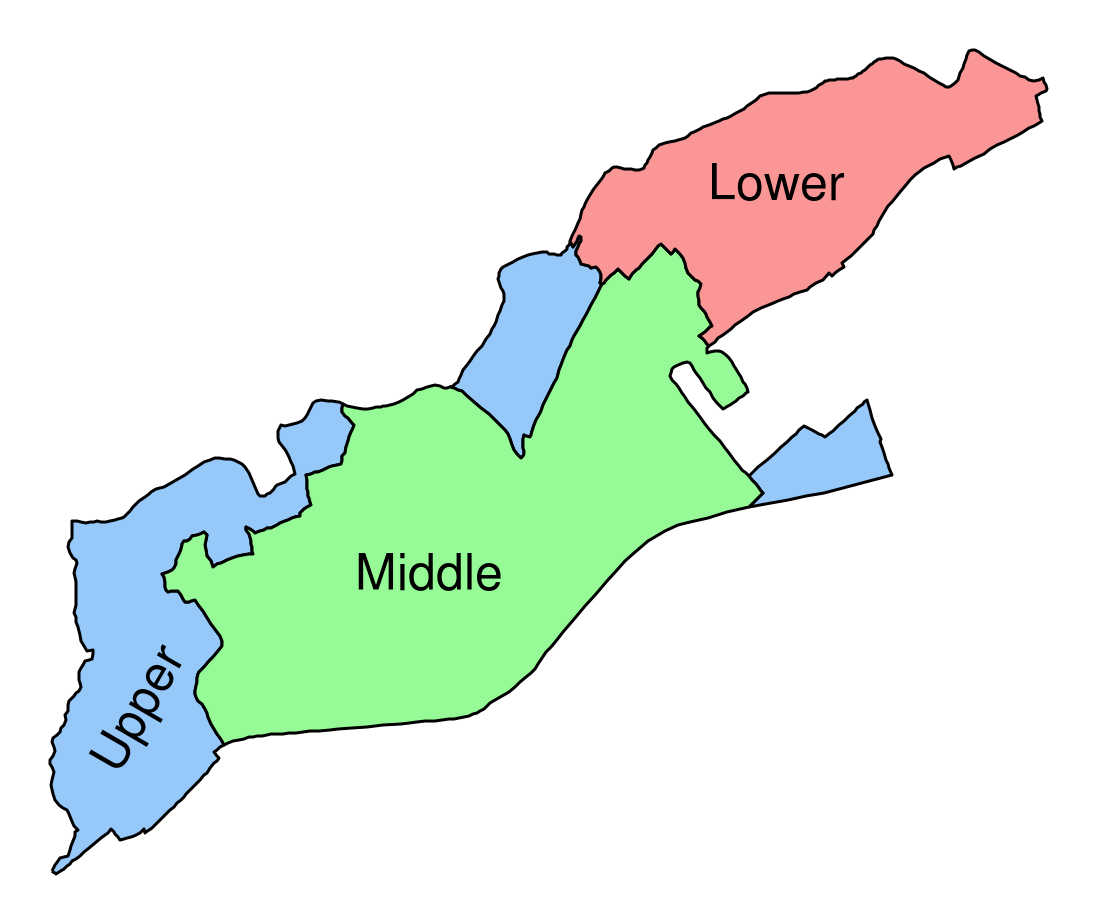 Civil Parishes | Pages under construction | Parish of Almondbury | Thwaite (toponymy) | Townships and Chapelries | Towns and villages
This page was last modified on 8 February 2020, at 18:17.