The hamlet of Kirkburton was one of the two hamlets within the Township of Kirkburton, the other being High Burton. The hamlet was part of the Manor of Wakefield.

Situated within the hamlet were the habitations of Kirkburton and Thorncliff, along with the parish church of St. John the Baptist.

The township gazetteer in West Yorkshire: An Archaeological Survey to A.D. 1500 (1981) suggests that Riley may have once been a separate hamlet within the township during the Middle Ages.

The boundaries of the two hamlets (as marked on the 1854 O.S. map) are shown below, together with the adjoining hamlets and townships: 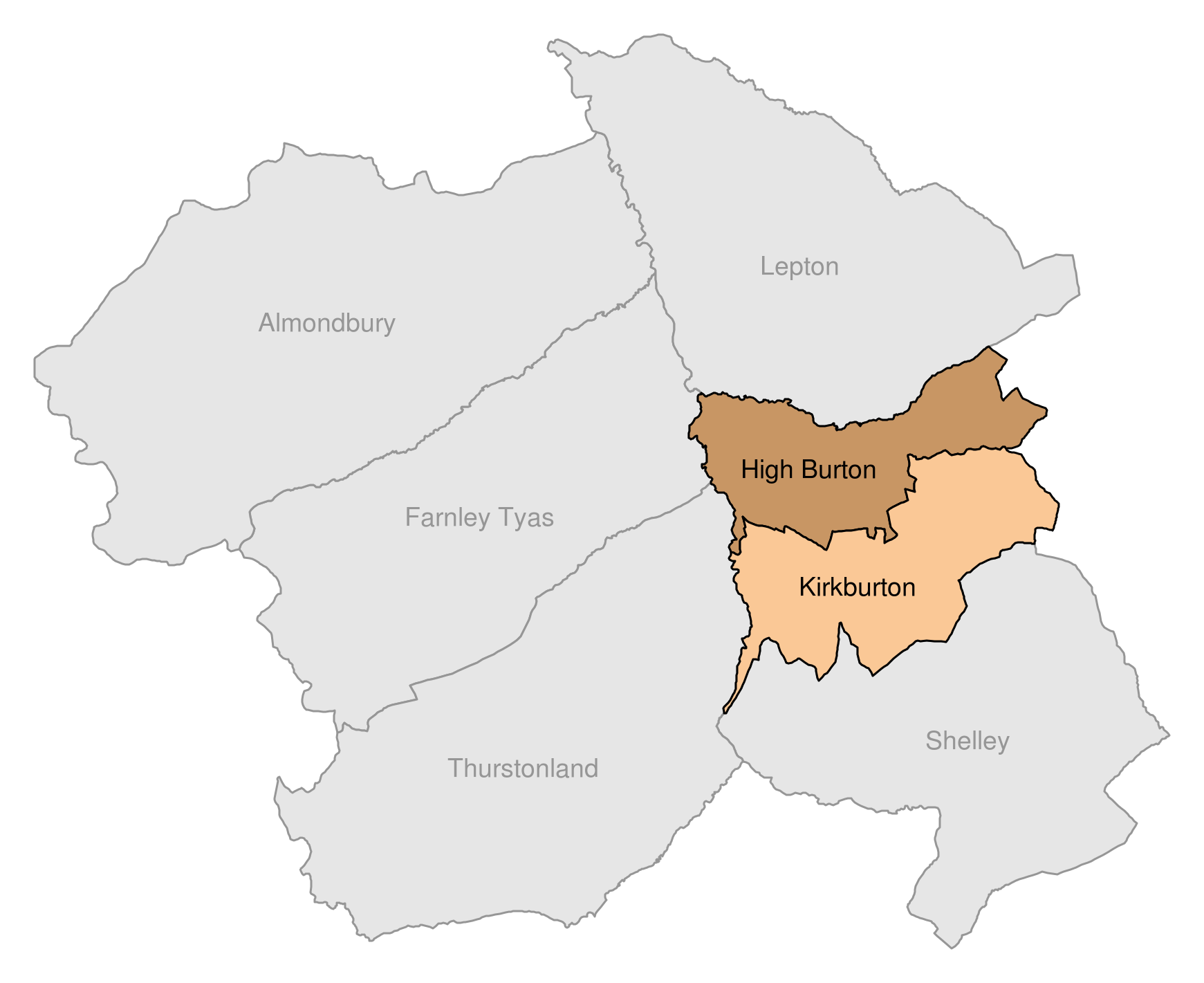