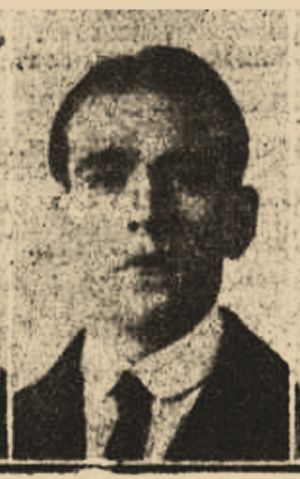 Michael Lamb was born in about 1853, the son of John Lamb and his wife Ann, John was an agricultural labourer and the family lived in Arthington, Wharfedale, just north of Bramhope. Leeds. In 1871 they lived along the toll road in Arthington, in what was probably a tied-cottage belonging to John's employer, a farmer named Stubbs.

In 1891 Michael, now 38, lived in the same village and was married Grace and had three children: Emma aged eight, Ernest six and John, named after his grandfather, only two months old. Another daughter, Grace, was born in 1892. The children had all been born in Horsforth, so Michael had lived elsewhere in the 1880s, only returning to Arthington just in time for the census.

Michael was, like his father before him, a farm labourer. The adjacent house on the census page was Arthington House occupied by Richard Day, his wife and five adult children plus two servants. It seems reasonable to assume that the Lamb's cottage came with the job and that they worked for Richard Day.

In 1897 Grace Lamb died and this may have prompted Michael to leave Wharfedale and seek employment elsewhere. And the conditions of a farm labourer in an area of mainly agricultural work cannot have been great. A move to an industrial area like Huddersfield would offer better opportunities and a man with three children of school age would of necessity need a wife.

By 1900 Michael was living on Haigh House Hill, part of a small community below Lindley Moor Road that includes Kew Hill and adjoins the village of Blackley. Before the M62, this area just over Weatherhill Road was more a part of Lindley than Elland, in the valley below.

Michael was working as a farm labourer when, on 18 September 1900, he married Rebecca, a spinster who at age 50, was two years older than him. They married at St. Mark's, Longwood, although, Rebecca, the daughter of a weaver, was a near-neighbour of Michael on Kew Hill.

The couple and Michael's children may have moved into Rebecca's house: in the 1901 Census they were living on Kew Hill. Michael still worked as a farm labourer, but the opportunities for his children were greater than they would have been Wharfedale: Emma at 15 was a "worsted weaver". Ernest, only 13, was still at school though could expect to leave very soon, at least to become a "part-timer". John and Grace were both also still "Scholars".[1]

In 1911 Michael gave the family address as 4 Kew Hill. He was still a farm labourer. Emma worked as a "Twister, Worsted", Ernest as a "Woolen Piecer". John, like his father, was a farm labourer.

But the district offered many more job opportunities and when John enlisted in the Duke of Wellington's — not the Territorial 5th Battalion — on 26 February 1916, he described himself as a "millhand" and worked at Messrs T. Calverly & Co., of Milnsbridge.

Joining in February 1916 suggests he enrolled under the Derby Scheme, which enabled men to put their names forward and wait to be called-up, by category based on age and occupation and marital status.

After four months training with the 3rd Battalion, John was sent to France on 15 July 1917 and posted to the 2nd Battalion on 4 August. The battalion was at that time part of the 5th Division and engaged in the Battle of the Somme.

For two weeks in September, Michael was attached to a Tunnelling Company of the Royal Engineers.

On the 5th October the Division was moved to a quieter part of the line at Festubert. It may have been quieter than the Somme area but it was still subject to shelling and sniper fire and John was reported missing a week later on 12 October. On Christmas Eve he was assumed to have been killed in action on or about 12 October and an official letter was sent to that effect.

There were no personal effects of John's to be sent to Michael and Grace although the "Soldier's Penny", the six-inch alloy memorial plaque, was despatched in May 1919. His medals followed two years later.

Having been reported missing, John's body was not at first located. It was buried, however, and eventually identified and re-buried at Guards Cemetery at Festubert, along with over 1,300 others.

By the time the Commonwealth War Graves Commission was in touch Michael must have ceased working as a farm labourer — he was over 70 by 1922 — and he and Grace were living at 6 Mount Pleasant in Elland.