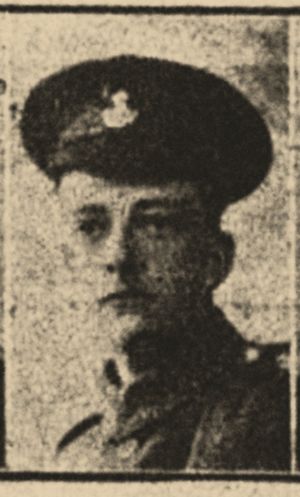 Joe Willie Adamson was baptised on 4 October 1896 at Holmfirth, the son of Edgar James Adamson and his wife Sarah.

By 1901, the family had moved to 25 Lane Top, Linthwaite, where Edgar James worked as a woollen cloth piece dyer.

Durham Light Infantry | Huddersfield and District Roll of Honour | Northumberland Fusiliers | People
This page was last modified on 19 November 2020, at 20:16.