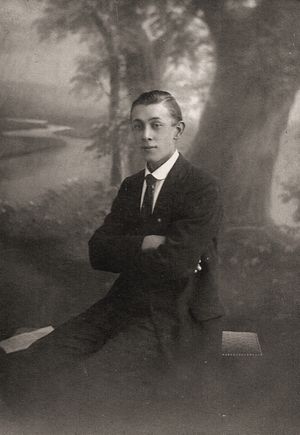 Irwin Archibald Stocks[1] was born in Lockwood, the son of stone mason Hamor Stocks and his first wife Emma (née Hinchliffe), and was baptised on 14 September 1898 at St. John's Church, Huddersfield.

He married Eunice Fleetwood on 21 October 1916. The couple had one known son:

At the time he enlisted, they were living at 7 Mount Pleasant, Lockwood.

He was killed in action on 23 July 1918 and is remembered on the Roll of Honour at St. Stephen's Church, Rashcliffe.[3]

Durham Light Infantry | Huddersfield and District Roll of Honour | People
This page was last modified on 17 May 2020, at 11:14.