Illustrated London News (28/Mar/1914) - "The Greatest Issue Since the Days of the Stuarts": The Chancellor at Huddersfield

"The Greatest Issue Since the Days of the Stuarts": The Chancellor at Huddersfield. 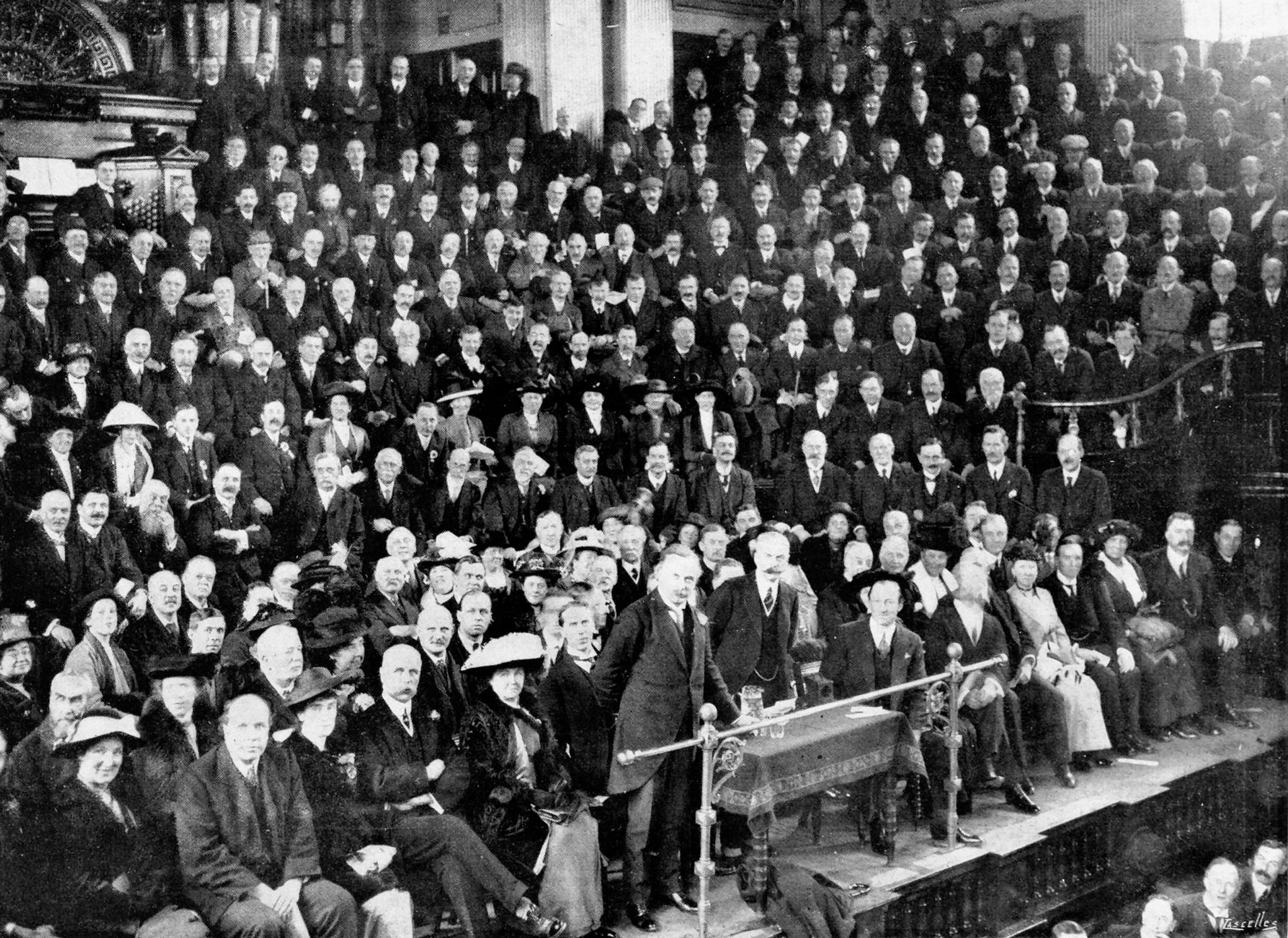 Speaking on the Irish question at a meeting held at Huddersfield, on March 21, Mr. Lloyd George said : "We are confronted with the greatest issue raised in this country since the days of the Stuarts. Representative government in this land is at stake. In those days our forefathers had to face a claim of the Divine Right of Kings to do what they pleased. Today it is the Divine Right of the aristocracy to do what it pleases ... We are not fighting about Ulster. We are not fighting about Home Rule. We are fighting for all that is essential to civil liberty in this land." In the front row, reading from left to right, are Mrs. Arnold S. Rowntree ; Mr. Rowntree ; Mrs. Charles Sykes ; Mr. Charles Sykes ; Mrs. Lloyd George ; Mr Lloyd George ; Lord Airedale ; Mr. Percy Illingworth ; Mr. A.J. Sherwell ; then come Lady Raynor ; Mr. A.H. Marshall ; Mrs. Sydney Arnold ; Mr. Sydney Arnold ; Mrs. Handel Booth : and Mr. Handel Booth.

Illustrated London News (28/Mar/1914) - "The Greatest Issue Since the Days of the Stuarts": The Chancellor at Huddersfield