THE CAMERA AS RECORDER: NEWS BY PHOTOGRAPHY FROM HOME AND OVERSEAS. 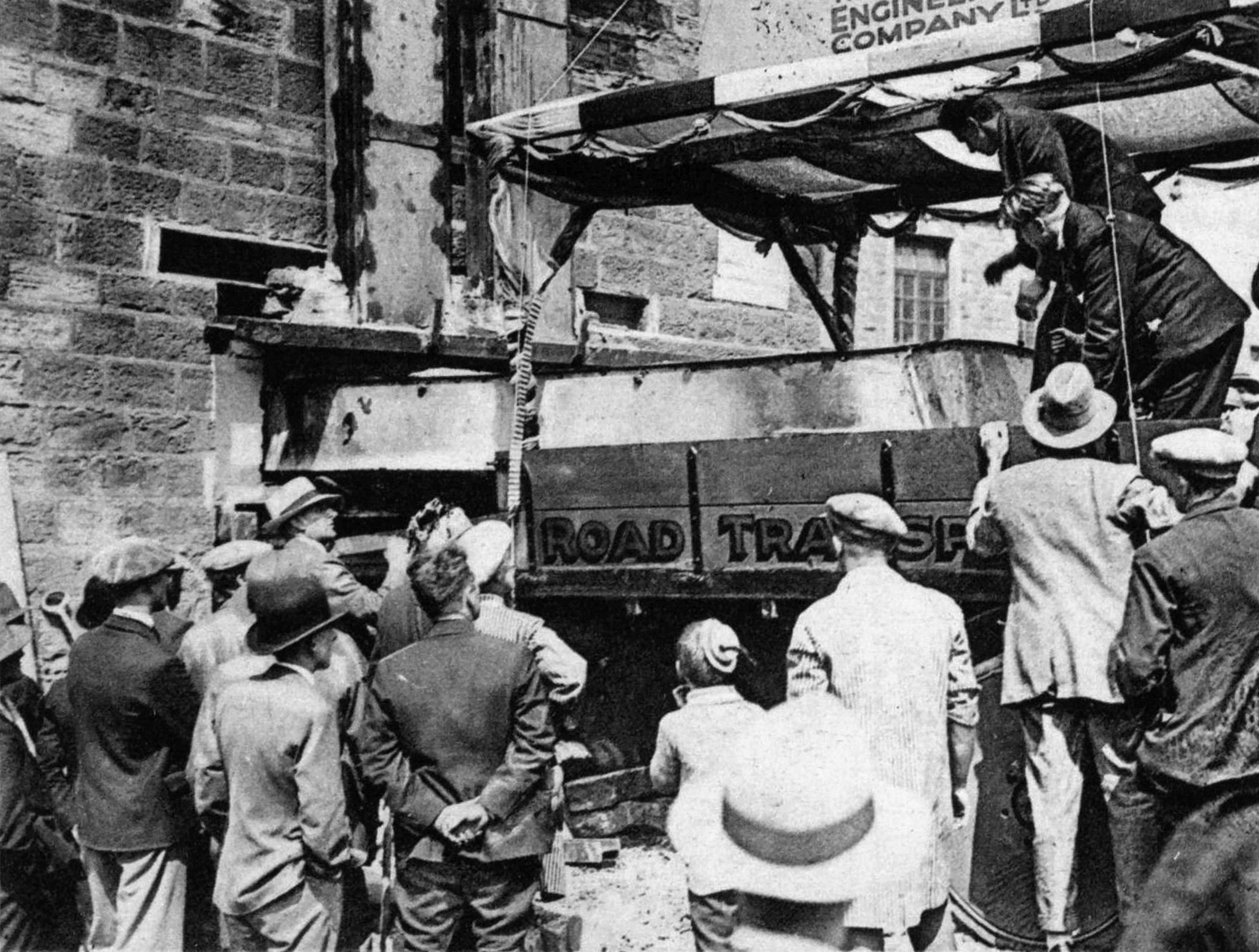 THE MONSTER DENBY DALE PIE LEAVING THE OVEN : A PROCESS MADE POSSIBLE ONLY BY THE USE OF CROW-BARS AND JACKS AND TAKING SOME FORTY MINUTES.

Denby Dale, in Yorkshire, has been famous since 1788 for great pies made to celebrate events. In 1815, for instance, one was baked in honour of the victory at Waterloo, and in 1846 another marked the repeal of the Corn Laws. This latter pie contained 100 lb. of beef, five sheep, and numerous pheasants, partridges, grouse, ducks, rabbits, hares, turkeys, geese, pigeons, common fowls, guinea fowls, and various small birds. The pie of August 4 last was made to assist the funds of the Huddersfield Royal Infirmary. The pie-dish, which had a capacity of 100 cubic feet, had to be got out of the special oven with the aid of crow-bars and jacks, as the rollers under the baking-tin had expanded under the heat and refused to work. In the pie was the beef of four bullocks and 15 cwt. of potatoes. The crust consisted of 80 stones of flour and 2 cwt. of lard. Dish and contents weighed about four tons. Some 20,000 portions were served, and the pie, which was made by local women, was voted excellent. The police provided a fitting escort.