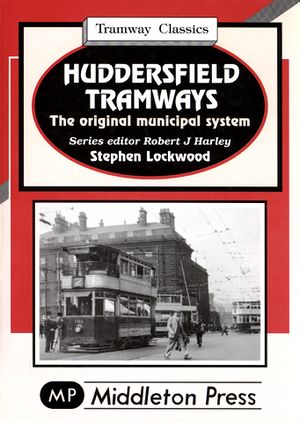 Huddersfield Tramways: The Original Municipal System was written by Stephen Lockwood and published in 2007 by Middleton Press.

This book is published to commemorate the 125th anniversary of the passing of the Huddersfield Corporation Act 1882, which empowered the Corporation to operate its own tramway system, being the first example of this concept in the United Kingdom.

Search within this book:

Books, booklets and pamphlets | Books about public transport
This page was last modified on 23 April 2020, at 11:19.