The following individuals are referenced in this article: 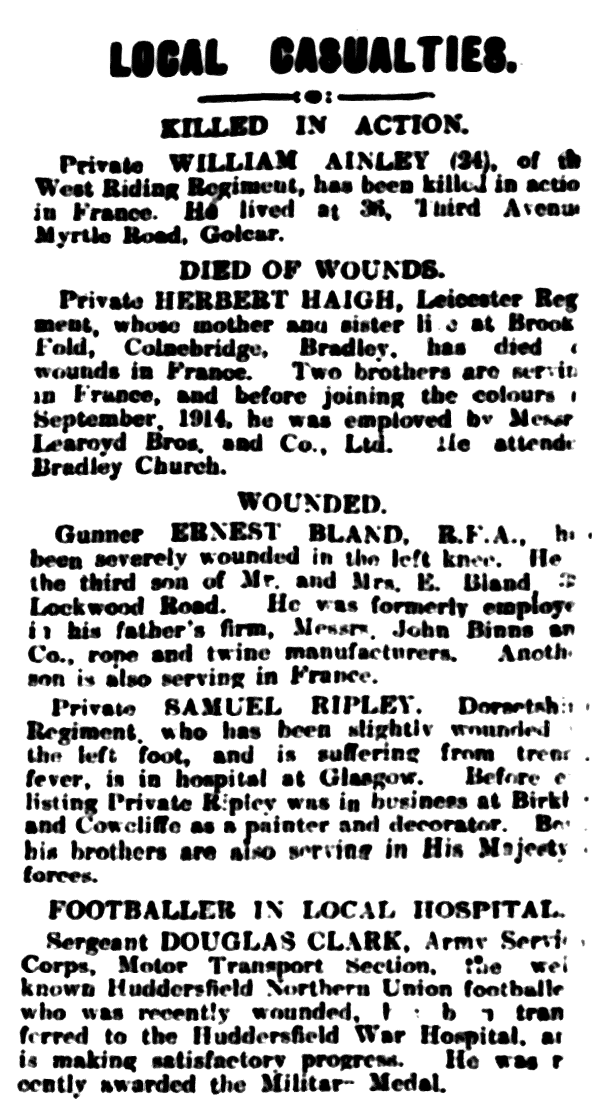 The following is an uncorrected automated OCR transcription of the document and will contain errors (expand):

son is also serving in France.

Private SAMUEL RIPLEY, DomrMi » • Regiment, who lias been slightlv wounded tin* left foot, and is suffering from term . fever, is in hospital at Glasgow. Urbre e listing Private K:pfcy was in brsJncaa at Birkl • and Lovdilo as a painter and decorator. Re-