WHO HELPED TO MAKE HOLMFIRTH FAMOUS. 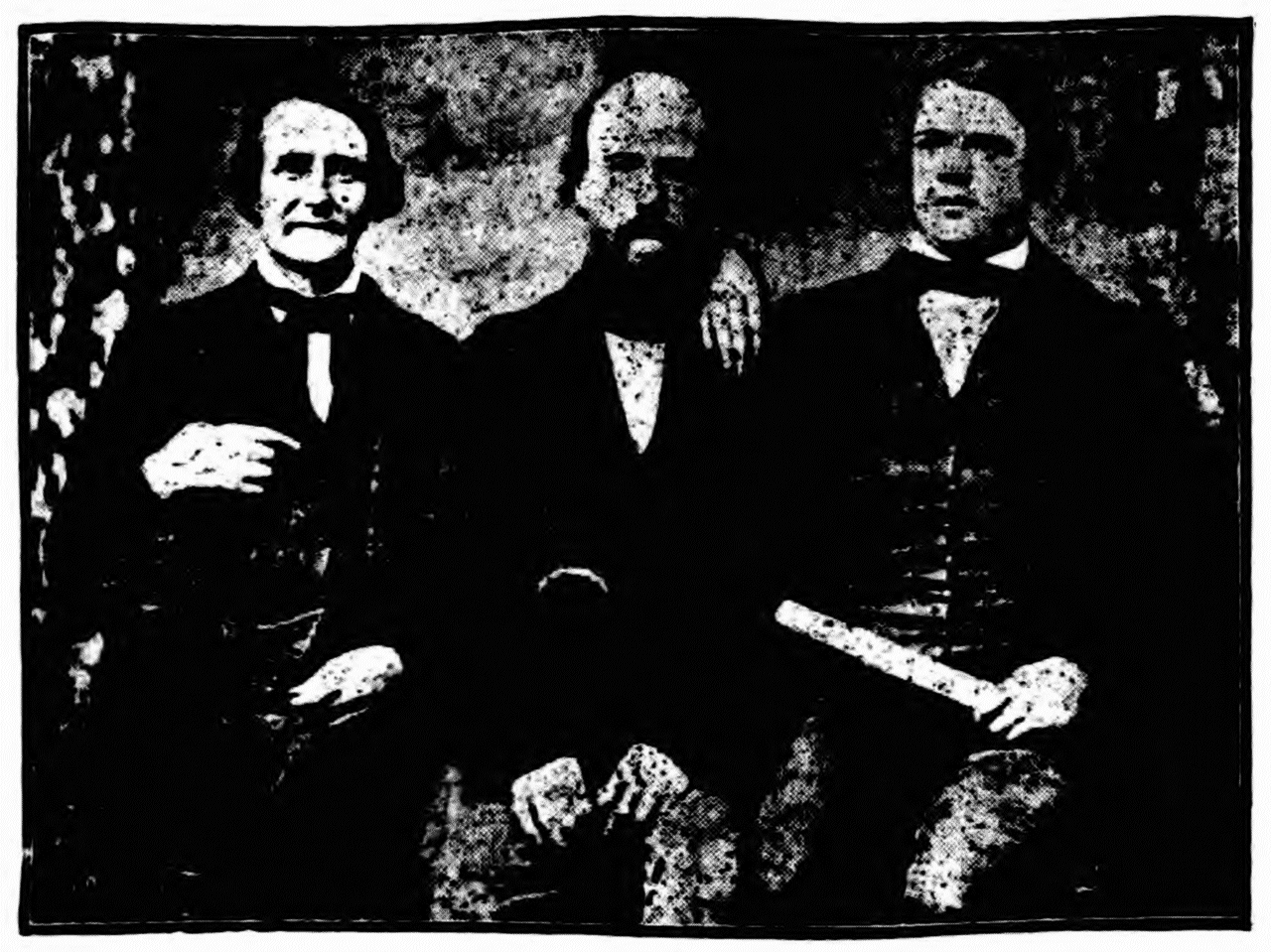 The above photograph will be of particular interest to Holmfirth readers, depicting as it does three of the men who helped to make the township's came widely known as a musical centre. It will be of wider interest as including the portrait, in the centre, of Joe Perkin, who is commonly accepted as the writer of the Holmfirth Anthem. A sketch of his life and the history of the anthem will appear in the "Weekly Examiner."

John Bailey, the left hand figure, was a very able violinist, who died at Cliffe, Holmfirth, in 1854, aged fifty three years. He was a former organist at Holmfirth Parish Church.

Henry Pogson was a famous Holmfirth player of the ophicleide, which is now largely superseded by the euphonium. He played in the first Holmfirth Rifle Band, and also composed band music. He died at Batley in 1887, aged sixty-one years, and was buried at Birstall.