On the Afternoon of Friday, the 21st instant, Catherine Dennis, aged 16 years, domestic servant at the Ivy Hotel, Manchester Road, Linthwaite, was found in the house dead, with her throat cut, having been outraged and brutally Murdered, supposed by

A Teamer, of Milnsbridge, near Huddersfield, who is Wanted for having committed the crimes. He is about 32 years of age, 5ft. 5in. or 6in. high, very fresh complexion, rather stout build, very coarse ginger hair, inclined to curl, slight side whiskers and moustache. Dressed in fustian sleeved-waistcoat or vest, fustian trousers, strong harden apron with a string round neck, and black billycock hat. He may seek employment on new Railway or other public works. He is fond of boxing, and of the company of low loose women.

Information to be given to any Police Officer, to Mr. Superintendent Pickard, West Riding of Yorkshire Constabulary, Huddersfield; or to

T. Stuart Russell,
Chief Constable, West Riding Constabulary,
Wakefield.
Chief Constable's Office, Wakefield,
26th August, 1891.
The following is a scan of an original article and is made available under the terms of fair use for research purposes. 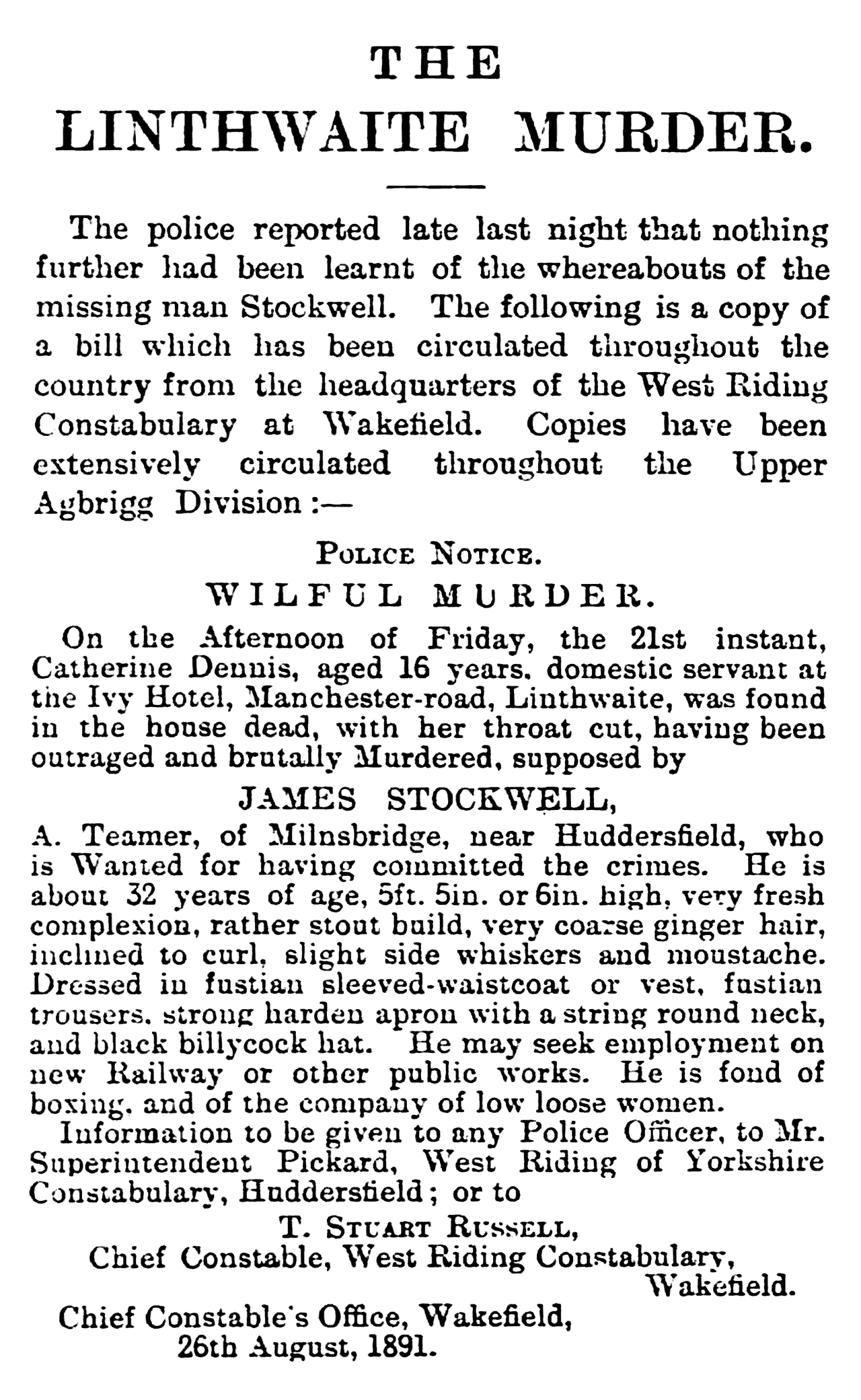