We, the undersigned Clergy of the Rural Deanery of Huddersfield, without expressing any opinion as to the merits or demerits of the Incumbent of Honley, most emphatically PROTEST against the disgraceful advertisement which was published in last week's paper. We cannot but feel that those who could thus assail the character of any clergyman, or suggest such conduct to any congregation, have outraged all Christian feeling, and are unworthy of the name of Churchmen.

The following is a scan of an original article and is made available under the terms of fair use for research purposes. 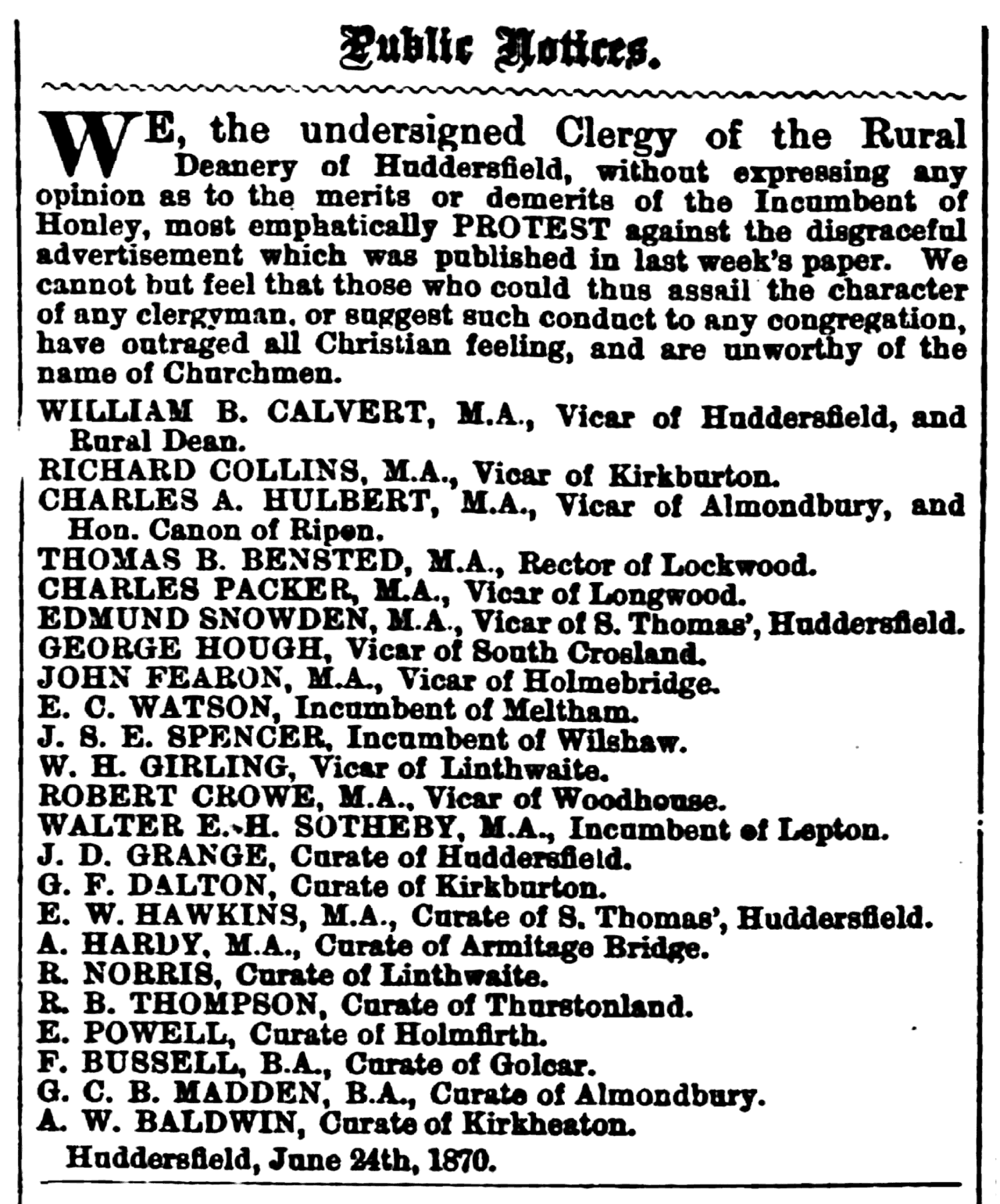