Pursuant to the Statute 22nd and 23rd Vic. Cap, 35, intituled "An Act to Further Amend the Law of Property and to Relieve Trustees."

Notice is hereby given, that all CREDITORS and other PERSONS having any CLAIMS or DEMANDS upon or against the estate of George Winter Rhodes, late of Queen Street South, in Huddersfield, in the County of York, surgeon (who died on the 22nd day of November, 1892, and whose will was duly proved in the Wakefield District Registry of the Probate Division of Her Majesty's High Court of Justice on the 8th day of March, 1893, by George Francis Rhodes, of Queen Street South, Huddersfield aforesaid, surgeon, and the Reverend William Le Neve Bower, vicar of South Crosland, near Huddersfield aforesaid, the executors in the said will named), are hereby required to send particulars of their debts, claims, or demands upon or against the said estate in writing to us, the undersigned, on or before the 31st day of December next ; after which day the said executors will proceed to distribute the assets of the said testator among the parties, entitled thereto, having regard only to the debts, claims, and demands of which they shall then have received notice, and that the said executors will not be liable for the assets so distributed, or any part thereof, to any person or persons of whose debts, claims, or demands they shall not then have received notice.

Huddersfield. Solicitors for the Executors.

The following is a scan of an original article and is made available under the terms of fair use for research purposes. 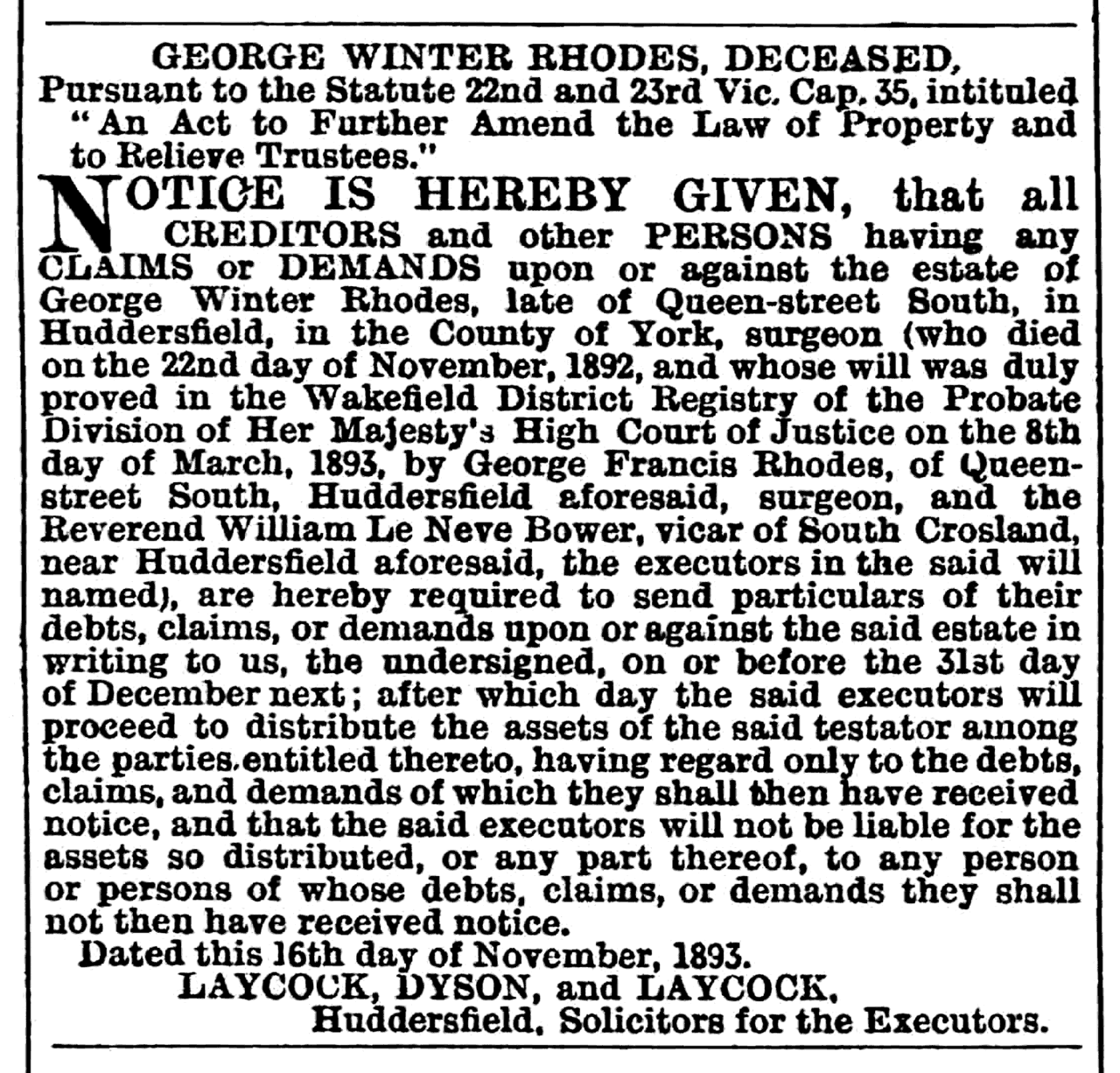