TO THE CONGREGATION OF ST. MARY'S CHURCH, HONLEY.

At a Meeting of some of the Members and Principal Supporters of the above Church, held in the Town Hall, Honley, on Wednesday, the 15th June, 1870,

It was moved by LUPTON LITTLEWOOD, Esq., and seconded by G. W. FARRAR, Esq., and unanimously resolved,

"That this meeting recommends every member of and attendant at Honley Church to withdraw all support from that Church so long as the present Incumbent retains his Incumbency, and they are requested, during his tenure of office, not to subscribe in any way to any fund in connection with the above Church, and by this means to show their disapprobation of his conduct, and their opinion of his general unsuitability for the charge, as Clergyman, of so large and important a district as Honley."

A. H. OWEN, Chairman.
The following is a scan of an original article and is made available under the terms of fair use for research purposes. 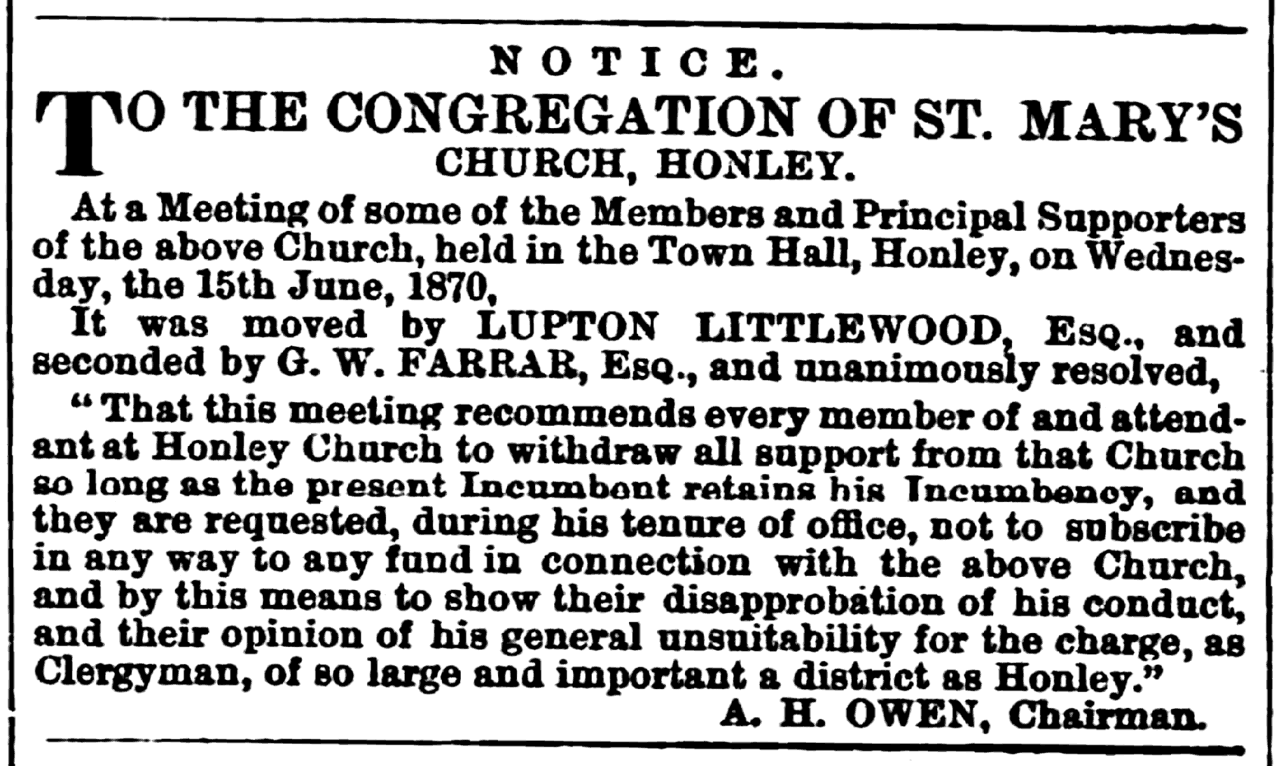