WE, the UNDERSIGNED, beg to EXPRESS OUR REGRET for having UTTERED or PUBLISHED STATEMENTS which have been considered to cast reflections upon the character of the Rev. John Jones, the incumbent of St. Mary's Church, Honley, and which statements we now with pleasure withdraw.

We believe Mr. Jones to be incapable of a dishonest or dishonourable action. We regret that any imputation should have been cast upon him, and we hereby apologise to Mr. Jones for the injustice which we have done him, and for the statements which we have made.

We desire to take this means of assuring him that we were far from intending the statements in question to bear the interpretation which has been attached to them.

We trust that the inhabitants of Honley will continue to St. Mary's Church the support which they have hitherto accorded, and we sincerely desire that harmony and happiness may be restored, and that any painful feeling which we have caused to Mr. Jones may be removed.

A. H. OWEN,
LUPTON LITTLEWOOD.
GEO. WM. FARRAR.
The following is a scan of an original article and is made available under the terms of fair use for research purposes. 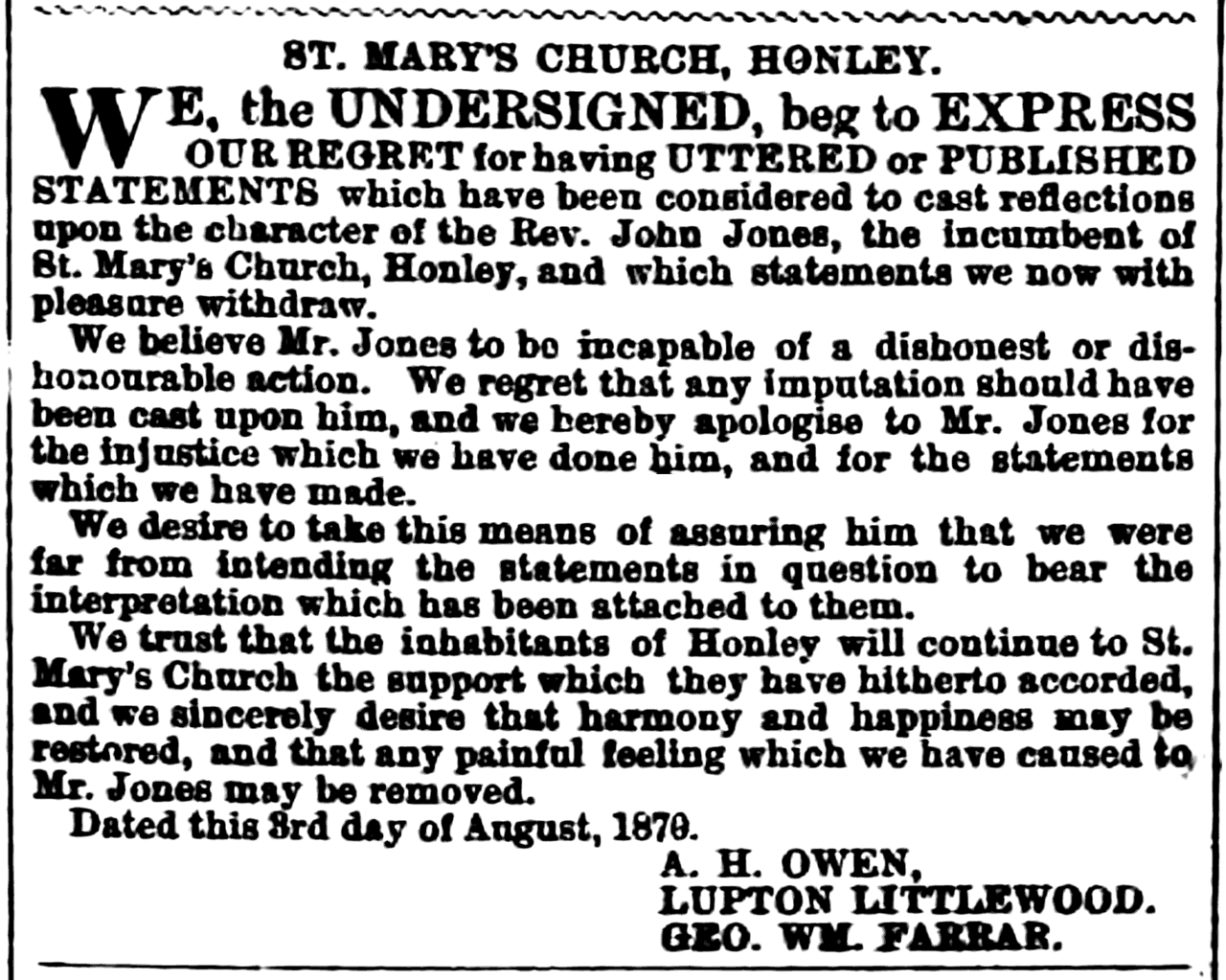