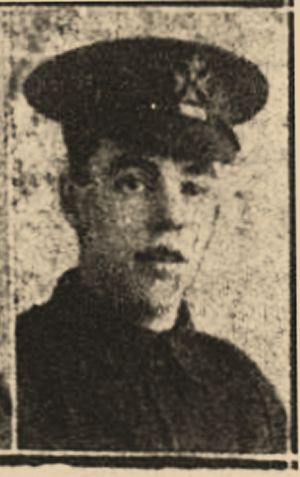 WAITE, HORACE. Rifleman. No C/7654. 18th Battalion King's Royal Rifle Corps. Born Honley. Son of Luther and Lizzie Waite of Ainsgarth, Honley. Educated Almondbury Grammar School. Attended Honley Congregational Church where he was the Band of Hope secretary and a teacher at the Sunday School. Played cricket for the Honley Wesleyan Cricket Club. Worked in the family business in the manufacture of ruling machines. Enlisted 1915. Reported missing, presumed killed, on 15.9.1916 during the attack on Flers at the Battle of the Somme, aged 21. Has no known grave. Commemorated THIEPVAL MEMORIAL TO THE MISSING.

Huddersfield and District Roll of Honour | King's Royal Rifle Corps | People
This page was last modified on 17 May 2020, at 11:14.