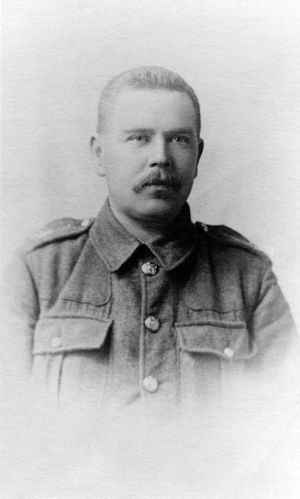 Harry Tunnacliffe was born on 16 April 1884 at Spa Green, Lepton, the son of Joe Tunnacliffe and his wife Emma (née Stancliffe), and was baptised at Kirkheaton on 8 September 1884.[1]

Before enlisting, he worked as a painter and decorator for Charles Henry Best of Moldgreen.

Huddersfield and District Roll of Honour | King's Own Yorkshire Light Infantry | People
This page was last modified on 17 May 2020, at 12:14.