Historically, an ecclesiastical parish was centred around a parish church and formed part of a larger diocese. Each parish was divided into townships or chapelries — the latter having chapels of ease — some of which were then subdivided into two or more hamlets. During the 1800s, functions of the parish began to increasingly transfer to civil parish bodies, eventually leading to elected urban district councils.

West Yorkshire: An Archaeological Survey to A.D. 1500 (1981) notes that there is evidence of several hamlets from the Middle Ages or later which did not survive to be mapped by the Ordnance Survey in the 1840s:

The following boundary map is based on the 1854 O.S. map and shows the hamlets (shaded in colour by township) together with the adjoining townships (shaded in grey). 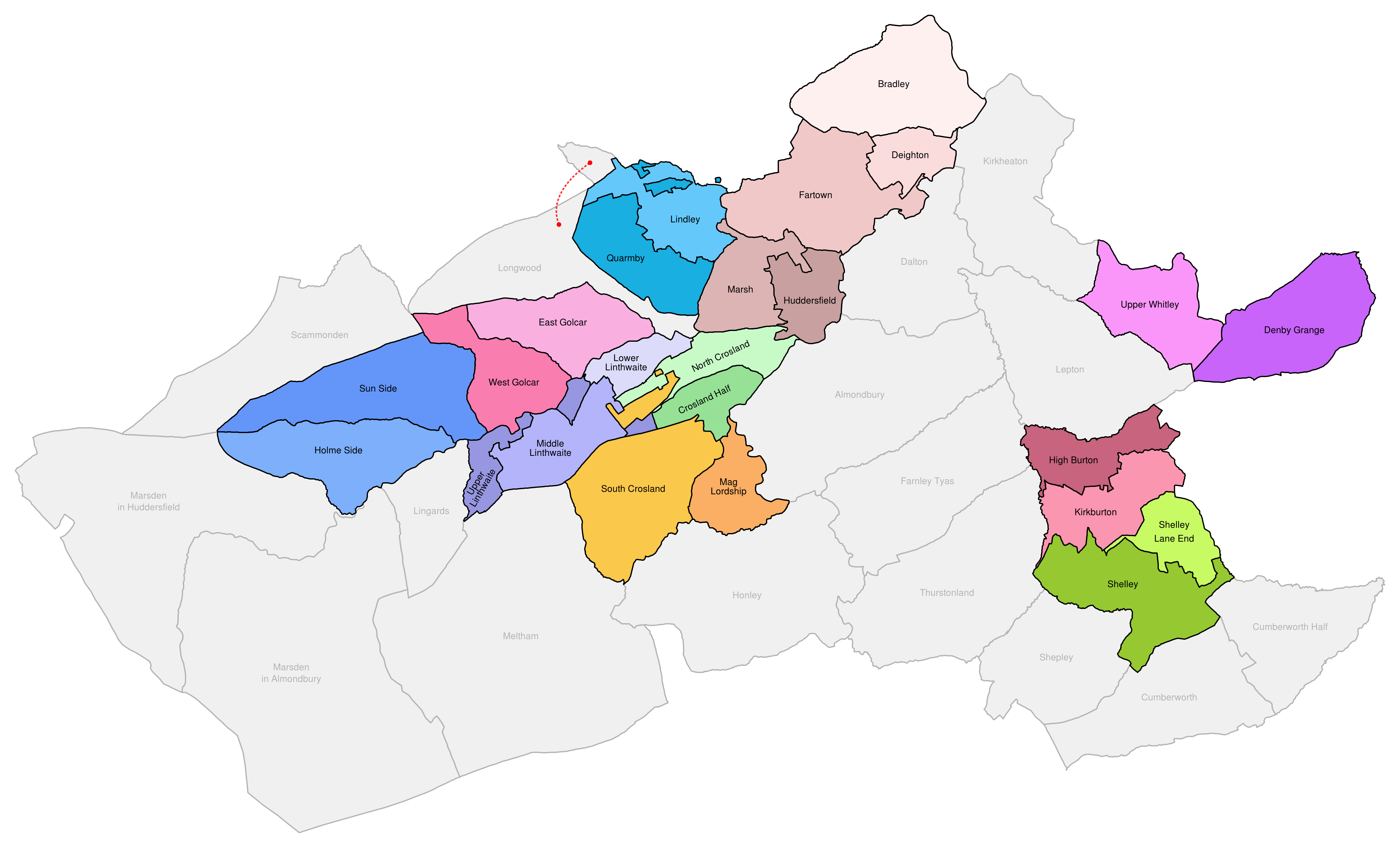 The following 25 pages are in this category, out of 25 total.