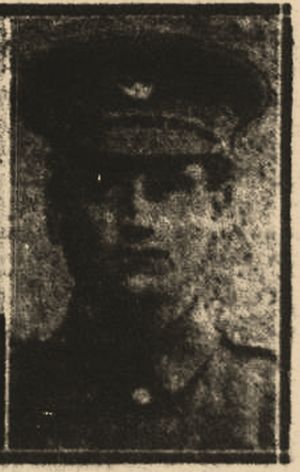 Private FRED BAXTER (31). King's Own Yorkshire Light Infantry, whose wife and three children reside at 8, Slant Gate, Linthwaite, has died from illness in France. Before joining the army in September 1914. Pte. Baxter was employed by Messrs. Shaw and Hirst, Crosland Hill, and was a member of the Slaithwaite Brass Band.

Huddersfield and District Roll of Honour | King's Own Yorkshire Light Infantry | People
This page was last modified on 17 May 2020, at 11:11.