Dungeon Wood is an area of woodland situated to the south-west of Lockwood and forms a major part of Beaumont Park.

Historically, the northern section of the wood was in the Lockwood district, whilst the southern part was in South Crosland.

The name "Dungeon" possibly derives from the "Dun-Den" — "Dun" meaning "hill" and "Den" meaning "the place of".[1] However, George Remonds has speculated that it simply reflects the dark and oppressive nature of the wood.

In 1812, the Luddites who shot William Horsfall fled through the wood from Crosland Moor, and according to some reports, two of their pistols were buried there.[2]

The wood contained a number of quarries and there are several reported accidents and fatalities, including Mary Mellor (1855) and Thomas Garside (1860).

The wood was the property of Henry F. Beaumont and was donated to the Huddersfield Corporation in 1879 for the purposes of creating the first public park in Huddersfield. A strip of the wood had previously been purchased by the Lancashire and Yorkshire Railway Company in the 1860s for the purpose of building the Meltham Branch Line.

There had been previous discussions by the Lockwood Local Board, in 1866, led by John Ashton, regarding securing a section of the wood, with the intention it might be turned into a park by granting free access to the public and providing seating at appropriate places.[3]

In January 1885, the Huddersfield Daily Examiner reported that a current of warm air had been discovered rising out of "a wide fissure in the rock" in Dungeon Wood. On cold days, "a volume of steam can then be seen ascending from the opening".[4]

This 1854 map shows the likely extent of the wood, prior to the construction of the Meltham Branch Line and the park: 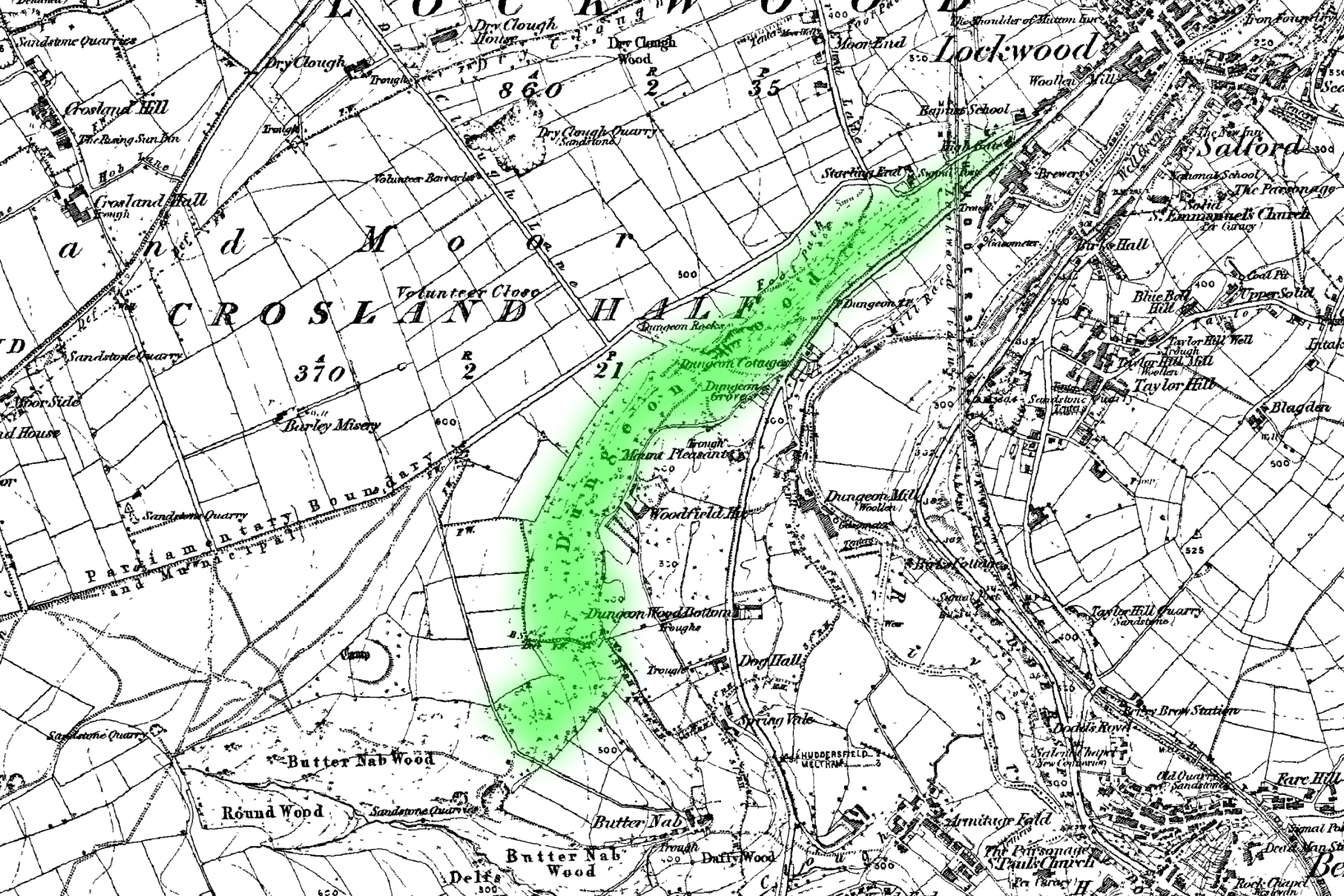