Deighton was formerly a hamlet in the Township of Huddersfield.

It was incorporated into the Municipal Borough of Huddersfield in 1868 and became part of the combined Dalton, Bradley & Deighton electoral ward within the borough.

The name is believed to mean "ditch farm" or "ditch settlement", from the Old English word "dic" meaning "a ditch, usually an excavated trench, either defensive or for drainage of water".[1]

Deighton and Sheepridge form a populous portion of the hamlet of Fartown, in the parish of Huddersfield, about two miles north-east-by-east from that town. The velveteen and woollen cord manufacture is the branch prevailing here. Christ church, a beautiful and chaste edifice, the architecture in the style of the thirteenth century, was erected at Woodhouse in 1829, at the expense of John Whitacre, Esq., in whom and his heirs is vested the gift of the living ; the present incumbent is the Rev. W.C. Madden. The methodists have a place of worship here. Population returned with the parish.

The extent of the former hamlet is shown below:[2] 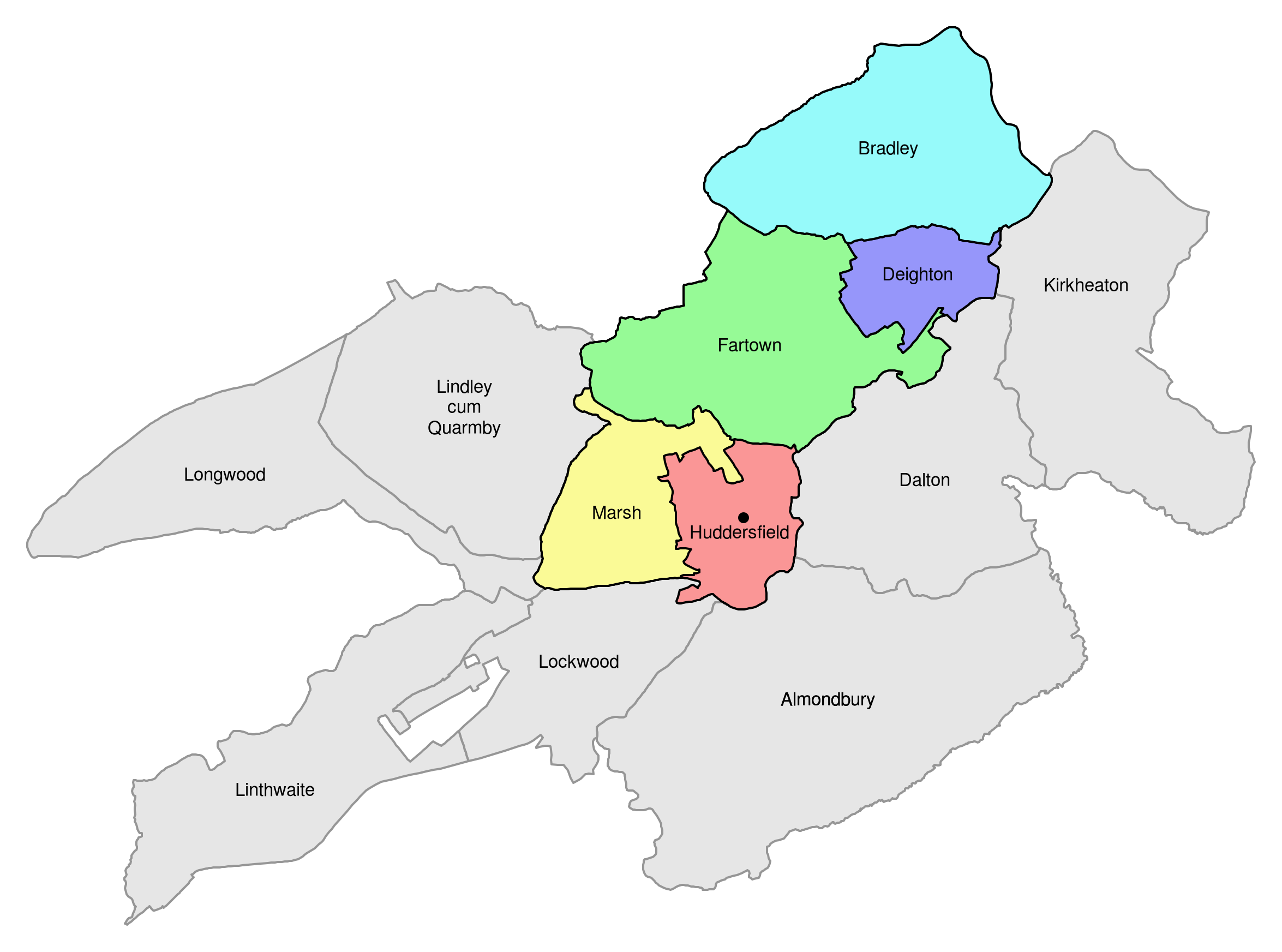