In 1868, Huddersfield was incorporated as a municipal borough. 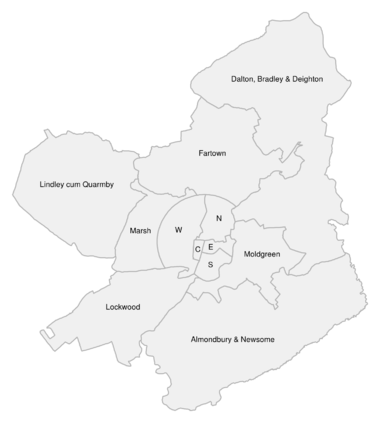 When the West Riding County Council was formed under the terms of the Local Government Act of 1888 on 1 April 1889, the municipal borough became the County Borough of Huddersfield. The Huddersfield County Borough Council held their inaugural meeting on Wednesday 17 April 1889 with the Mayor (Alderman Joseph Brooke) presiding.

The borough initially had 12 electoral wards:

Longwood Local Board District was added to the county borough under the Borough of Huddersfield Order of 1890, creating a thirteenth ward — Longwood Ward — which was initially allocated three local councillors on the Town Council.

Prior to 1908, the North and West wards both had 6 councillors whilst the remaining 11 wards had 3 councillors each. Along with the 45 elected councillors, the town council also included 15 alderman. 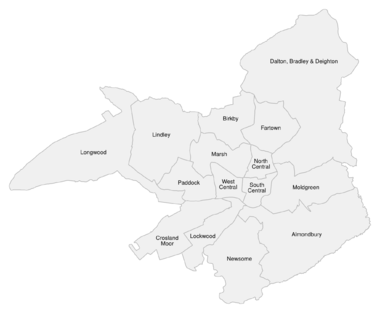 For the municipal elections held on 2 November 1908, the 13 wards were restructured to create 15 wards which each had three councillors.[1]

In early 1914, a small portion of uninhabited land outside of the borough on Lindley Old Moor was acquired by the Corporation for use as a recreation park and this resulted in a minor boundary change.

The county borough was considerably expanded in 1937 when it incorporated the following (mostly due to the abolition of various urban districts on 1 April 1937):[2]

By 1946, the borough comprised the following wards which were subsequently allocated as follows to the new Parliamentary constituencies of Huddersfield East (E) and Huddersfield West (W) prior to the 1950 General Election:[3]

The following map (also available as a Google Map) shows the ward boundaries as marked on the 1960 O.S. 1:2,500 map, with the colour denoting the two Parliamentary constituencies. 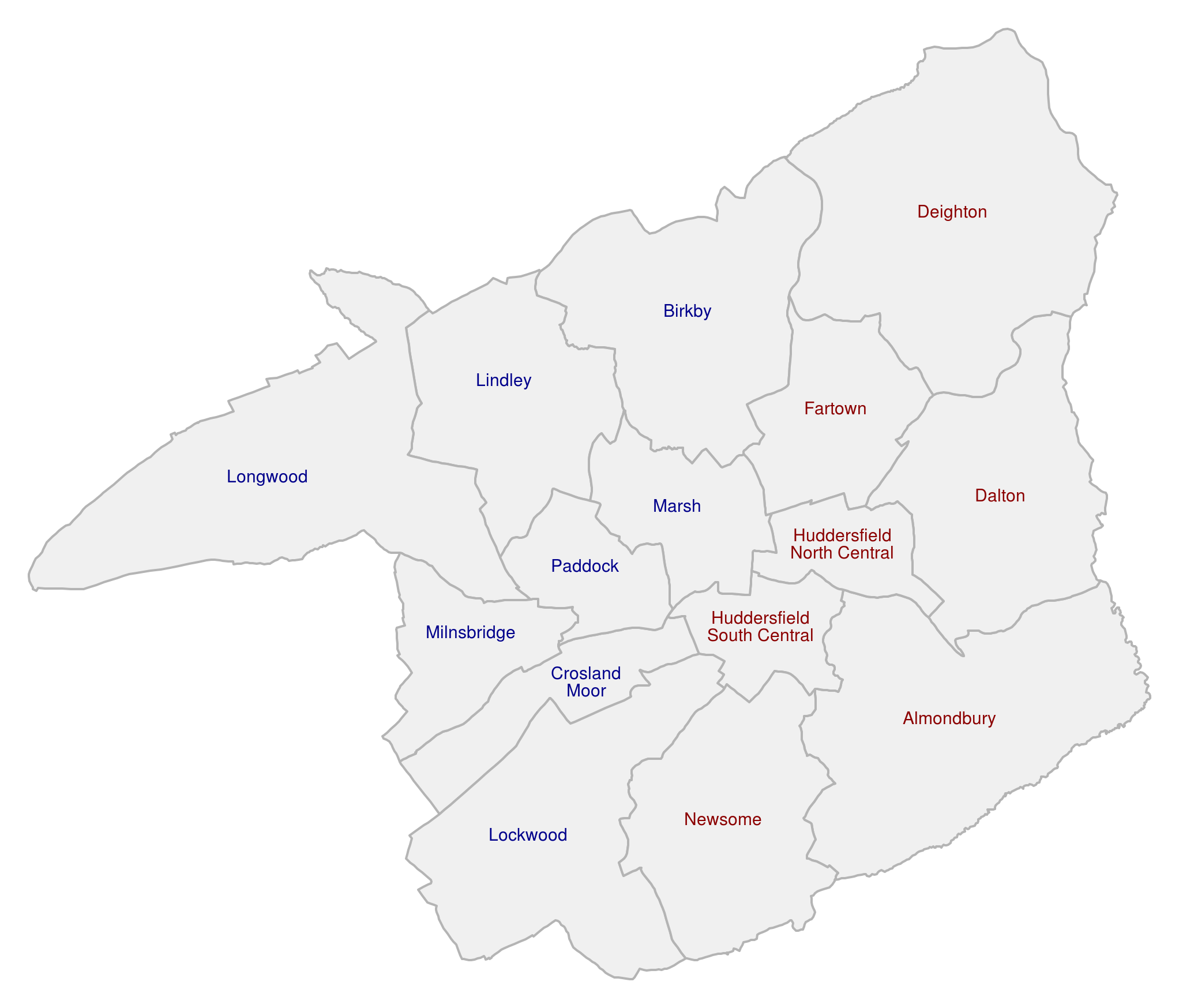 The County Borough of Huddersfield was abolished on 1 April 1974 and became part of the new Metropolitan Borough of Kirklees.