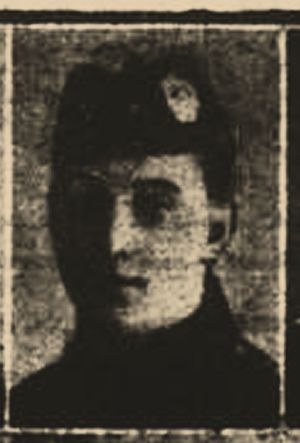 Sam Kaye, unlike many Lindley people, was not employed in the textile industry but in 1901 described himself as a "coachmen" to which he added "domestic". This must mean he was employed by someone to drive their carriage for them, an occupation that may well have been in decline in 1901. However, ten years later at the age of 45 he was still driving a coach. Perhaps he went on to be a chauffeur.

Sam came originally form Hepworth but Sarah, his wife, came from near Snaith over in East Yorkshire which may explain why Arthur, though born in Lindley, was christened in Knottingley, not far perhaps, from where his maternal grandparents still lived.[1]

By 1911 the family lived in a five-room house no. 235 Quarmby Road. This would have given the three boys and two girls separate bedrooms — crowded by standards of today perhaps, but comfortable in 1911.

Seventeen-year-old Arthur was by then, a warper "by machine", at Martins Mill on Plover Road, while his older sister Blanche was a mender of worsted coatings. Norman at 14 was a finisher of woollen cloth. Sam and Sarah had lost one child in infancy.

Having attended the Oakes Baptist Sunday School, Arthur was a member of the Young Men's Class.

No Service Record can be found for Arthur or his brother Norman, who also joined the forces. Arthur probably enlisted under the Derby Scheme like many Lindley men; this would mean he was called up early in 1916 and sent to any regiment needing men, which may explain his service in the Gordon Highlanders.

Arthur died of wounds at No. 26 General Hospital and is buried at Etaples, near Le Touquet. This was the centre of a large number of military camps being safely far from the Front. By 1917 up to a 100,000 troops were housed in the fields and dunes near the town. There were also some fifteen or so hospitals able to deal with 22,000 wounded. No 26 GH was one of them. Over ten and a half thousand men are buried in the Etaples Military Cemetery.

As well as being remembered in St. Stephen's, Arthur, as Percy Kaye, is also remembered on the memorial in the Oakes Baptist Chapel, where he had attended Sunday School and was a member of the Young Man's Class. Along side is the name of his brother Norman, who thankfully survived.