Arthur Brook was born on 4 September 1879 in Lindley and baptised at St. Stephen’s a few weeks later. His father was Benny Brook a painter originally from Liversedge who had married Hannah Roberts of Lindley at St Stephen’s over ten years earlier on 13 February 1868. 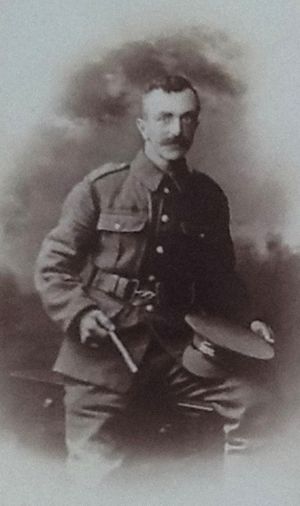 Arthur was not the couple’s first child: the 1891 census records Edgar, born in 1869, and then a warehouseman, and Laura Ellen, born in 1871, who worked as a mender. Christopher, younger than Arthur, was born in 1884. At this time they were living at 41 Acre Street.

Another son, Nathan, born in 1885, was run over by a tram on Acre Street in May 1888 and killed. In all, Benny and Hannah had eleven children but sadly seven died in childhood.

Arthur – and probably the rest of the children – attended the Church School on Holly Bank Road.

By ten years later in 1901 they had moved to 125 Acre Street, just along from Dr Dickinson who lived at number 120, known as Acre Villa, near where the entrance to the Royal Infirmary is today. By this time, Benny was a stalwart of the local Conservative Party. Arthur was also a member as well as attending St. Stephen’s church.

In 1908, Arthur married Cara Louisa Royston Jarrett of 23 Elizabeth Street, Elland, at her local church, St. Mary's, on 4 June. Her father, John, was also a painter. Arthur's brother Christopher was one of the witnesses. By 1911 they were living at 123 Acre Street, a four-roomed house that they shared with Cara's mother, Jane, who worked as a burler, while Benny and Hannah lived with Laura and Christopher along Acre Street at number 151.

Later in the year Cara gave birth to a daughter, baptised Barbara.

Sadly, Benny died on 5 September 1913 at the age of 64, and he was buried in St. Stephen's. In a letter to the Local Advisory Committee and forwarded to the Army, Hannah attempted to speed up Christopher's demobilisation in late 1918. Hannah said that Christopher was a partner in the business before the War. It seems likely that Arthur, the older of the two, was also a partner, certainly following the death of Benny. Hannah gave her address as 3 Union Street. 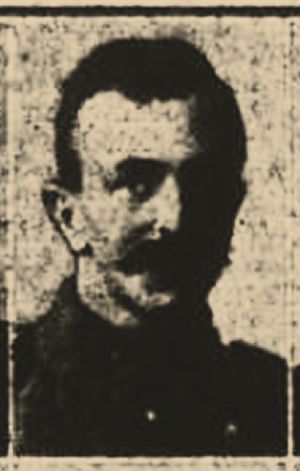 Arthur did not rush into the army at the outbreak of war: he was older than many who did, he was married with a young child and his mother was newly widowed. Christopher Brook, who had married in December 1914, registered under the Derby or Group Scheme at the end of 1915 but was not taken into the army until early September 1916 when he was first poster to the Durham Light Infantry but was later transferred to the Labour Corps, probably due to flat feet that were identified at his medical. It may be that Arthur also registered under the Derby Scheme and his Medal Roll Index Card confirms he joined after 1915.

Christopher's records give his height as 5' 4½". Arthur was probably about the same height.

Arthur enlisted on 17 April 1917, probably after being conscripted, when he was taken into the West Yorkshire Regiment where he undertook his basic training. He was then transferred into the Lincolnshire Regiment, joining one of their Territorial battalions, by then on active service in Europe.

Arthur died of wounds in April 1918 during the German Spring Offensive. He was buried in the Boulogne Eastern cemetery and this suggests he died in a base hospital, which means he was probably wounded when his battalion was in action in the Somme area of northern France. At this time the regiment endured heavy casualties and was so reduced in numbers that the 1/4th and 2/4th Battalions were merged.

Christopher survived the war to return home to 17 Cadogan Avenue in early 1919.

Arthur Brook is remembered in St. Stephen's and on the family grave outside. There is no evidence that Cara remarried. Arthur's mother, Hannah, died on 6 October 1927, aged 79, and is buried with her husband. Also buried there, is Arthur's brother Edgar who died in 1931 and their sister, Laura Ellen, who died 1 April 1936.