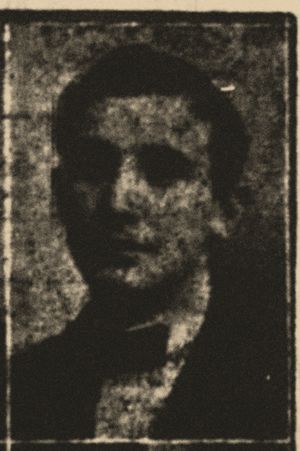 Arthur Berry was the son of jeweller's agent Solomon Berry and his wife Elizabeth Ann (née Stead), and was baptised on 31 March 1897 at St. Bartholomew, Meltham.

He served in the 168th (Huddersfield) Brigade Royal Field Artillery and died from wounds on 7 February 1917.

His older brother, William, served in the 11th Battalion Leicestershire Regiment and was killed in action on 22 March 1918.

His sister, Annie, joined the First Aid Nursing Yeomanry (F.A.N.Y.) and served in France as an ambulance driver. In 1919, General Philippe Pétain awarded her the Croix de Guerre and Bronze Star for gallantry.

Huddersfield and District Roll of Honour | People | Royal Field Artillery
This page was last modified on 17 May 2020, at 11:11.