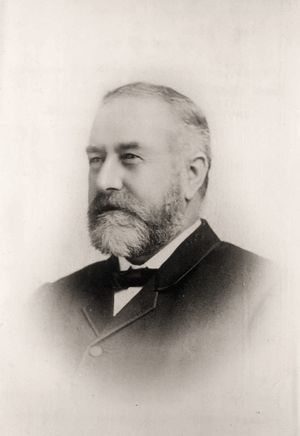 He was born on 21 May 1833, the son of builder and contractor Abraham Graham and his wife Harriet (née Wiglesworth), and was baptised in August 1833 at Huddersfield Parish Church.

He married Nancy Bounton on 9 August 1857 and it believed the couple had 13 children.

Abraham Graham died aged 66 at his residence of Bankfield House, Bankfield Road, Huddersfield, on 27 May 1899 after an illness of several weeks.[1]